All transwoman Brianna Freeman of Lewiston, ME wanted to do on October 25, 2007 was use the restroom.

While at a Denny's in Auburn, ME Ms. Freeman used a locked stall in the ladies restroom while “dressed clearly” as a woman, according to the investigator’s report.

Another customer complained to the manager about sharing a public restroom with a 'man'. “The customer was very upset, was irate, had threatened to call police,” according to attorney Chad Cloutier, who represents the Rockport company Realty Resources Hospitality LLC. who owns and operates six Denny’s family restaurants, including the one involved in the discrimination case.

“A few days later, management decided that it would be in the best interest of Denny’s to ask the customer to use the men’s room until sex reassignment surgery.” 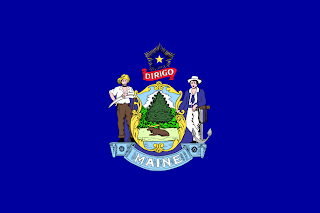 Freeman then filed a complaint with the Maine Human Rights Commission on April 17, 2008 after being banned from the ladies room.

On May 18 the Maine Human Rights Commission on a 3-2 decision that Freeman was discriminated against when management would not let her use the ladies room until she had sex reassignment surgery.

Cloutier asserted the decision could have far-reaching, negative consequences for all Maine businesses with shared restroom facilities. His assessment was not shared by the Maine Civil Liberties Union and Equality Maine, who hailed it as a civil rights victory.

“It’s important to know that people have rights, including transgender [people], and that businesses are not free to discriminate,” said Zachary Heiden, the legal director of the MCLU.

Heiden said that many people make the faulty assumption that being transgender is mostly about genitals.

“That’s a part of it, but the essence of who they are is not what their genitals look like,” he said.

Cloutier argued to the commission that a discrimination decision would require that Maine businesses essentially decide whether a person is transgender or if they might want to use a particular restroom or locker room for purposes of “sexual perversion.” Making this accommodation is a violation of a woman’s right to privacy, he said in a press release, as well as a “significant risk to the health and safety of [the restaurant’s] customers, particularly children.”

“It’s almost an untenable position for businesses. It really is a slippery slope. This claimant may be perfectly safe and use the bathroom in a perfectly normal way, but what’s to prevent a person of some devious intent ... the right not to share a bathroom?”

“How does it pose a risk to children that someone uses the bathroom? That assumes that that person somehow harms children,” she said. “It’s so outrageously discriminatory.”

Smith said that forcing a transgender woman to use a men’s room is not safe.

“This company needs diversity training to understand what it means to be gender-nonconforming,” she said.

Kevin LaBree, the vice president and director of operations for Realty Resources Hospitality, said that he was just concerned about the comfort and care of his guests.

“Denny’s is a family restaurant chain,” he said. “I am going to do what’s in the best interest of my customers.”

Mr. LaBree, what's in the best interests of your customers and your financial bottom line is not allowing discrimination against anyone, including transgender people.

And judging by the level of ignorance and transhatred in the comment threads on this case in Abigail Curtis' Bangor Daily News story on the hearing, there's a lot of people in Maine and beyond who need to be 'ejumacated' on that simple point as well.
Posted by Monica Roberts at 12:00 PM