Who Was The First African-American Transwoman? 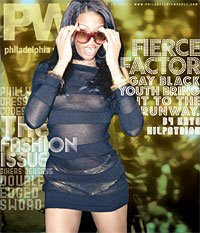 In 1906 Kelly Miller stated, "All great people glorify their history and look back upon their early attainments with a spiritual vision."

Because the half century of transgender history so far has been predominately written by people who don't share my ethnic heritage, it has only covered one facet of the story.

We know for example that Lili Elbe was the first person to undergo gender transition in the 1930's, that Christine Jorgensen in 1953 was the first post-war one that garnered huge media attention, and about the exploits of other transwomen from Coccinelle to Renee Richards to Dana International.

But it's only in the last few years that the stories of pioneering non-white transpeople have been coming to the forefront. Fortunately, some of those stories were recorded in the pages of our iconic magazines JET, EBONY and Sepia. Thanks to the Johnson Publishing Company agreement with Google that resulted in JET and EBONY being digitized and placed online in their book search feature to peruse, some of those stories are now coming to light.

As a transperson of African descent who comes from a family of historians, I want to know and revel in my history. Just as I'm keenly aware of the varied historical accomplishments of my people, I want to know the same things about Black transpeople as well.

But what irritates me at times is that I don't definitively know (yet) who was the first African-American person to transition.

I've been encouraged lately to see some tantalizing clues surface pointing to an answer to that question.

About the same time that the media was fixated on Christine Jorgensen, an article appeared in the June 18, 1953 issue of JET magazine.

It began following the story across several JET issues of Pittsburgh's Carlett Brown. Because Denmark's laws restricted the surgery to Danish nationals, Carlett took the drastic step of renouncing her US citizenship in order to be able to have SRS done in Denmark and have her HRT supervised by Dr. Christian Hamburger, Christine Jorgensen's endocrinologist.

I'll have to write up her fascinating story in another post since I'm still reading through more than a few issues of JET to find out how the story ended.

A Sepia magazine article and two 1965 National Insider tabloid articles claim New Orleans born Delisa Newton, who was 31 when she transitioned is that person.

Sepia magazine was a Fort Worth, TX based competitor of EBONY/JET similar in style to Look magazine that published from 1948-1983. The African-American Museum in Dallas, TX has the picture files of Sepia Magazine in its archives. 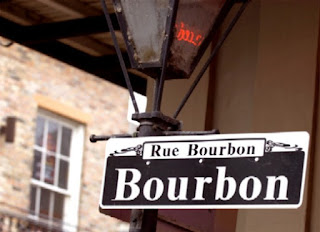 It seems appropriate that one of the contenders was born in New Orleans. Delisa was billed as ‘The First Negro Sex Change’ in that 1966 article, but they probably weren't aware of Avon Wilson yet. I'd also have to check with what's left of the New Orleans transgender community to see if Delisa is still alive.

These are the articles in question pointing to Delisa Newton. I have yet to find those Sepia magazine articles online or see them. 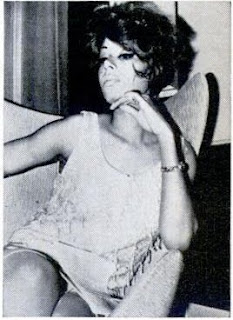 JET also had a small blurb in its March 16, 1967 issue about 28 year old Philadelphian Carole Small. She was working as a female illusionist-singer in Germany and was reported to be in Denmark getting SRS. Assuming she's still alive, she'd be approaching her 70th birthday.

Carole was quoted as saying in that article, "Black women in America are among the luckiest on the face of the earth and it will be marvelous to be one."

Your late 20th century-early 21st century sisters echo those sentiments as well. It would be nice for us to know exactly who was our first and hear about how their lives progressed post surgery.

In order to continue progressing toward our glorious future, we must know about our past in order to get a better understanding of our present.

As I keep perusing these older issues of EBONY/JET, I'm discovering they did a much better job of covering gender issues back in the day than I'd been aware of.
Posted by Monica Roberts at 9:30 PM