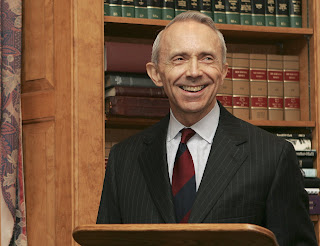 It's been a bad week for the Repugnican Party, and the news just got worse.

Justice David Souter, who was appointed by President George H.W. Bush in 1990, after 19 years on the Supreme Court plans to retire at the end of this session in June or when his successor is confirmed.

This gives President Obama his first chance to select a younger Supreme Court justice for the liberal-progressive wing of the court. They can definitely use it since Justice Stephen Breyer is 70, Justice Ruth Bader Ginsburg is 76 and Justice John Paul Stevens is 89. Souter at age 69 was the baby of the group.

So who will President Obama choose?

I think it will be either a Latino/a or an Asian, since neither group has never had a person from their particular ethnic groups on the Court. Latino/a's were critical to the president's election, and he needs to show them some love. There is also sentiment to have a woman appointed to replace Ruth Bader Ginsburg. 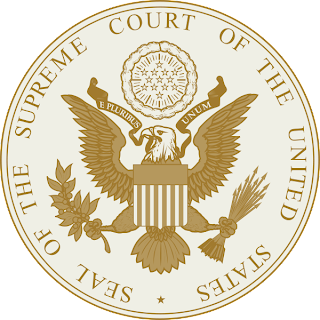 There will be pressure to add another African-American to the court to not only cancel out Clarence Thomas. There has also never been an African-American woman selected as a Supreme Court justice either.

The conservative wing isn't exactly a bunch of spring chickens either. Antonin Scalia is 73, Anthony Kennedy is 70, Clarence Thomas is 60, Samuel Alito is 59 and Chief Justice John Roberts is 54.

Judging by the age of the members of the court, it looks like he'll have some additional opportunities to make Court appointments as his first presidential term moves along.
Posted by Monica Roberts at 6:00 AM