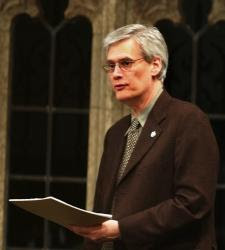 The conventional wisdom says that the third time you try anything is usually the charm. New Democratic Party MP Bill Siksay (Burnaby-Douglas) is hopeful that the saying is true.

Siksay, the NDP critic for Gay, Lesbian, Bisexual and Transgender Issues, introduced a bill May 15 in the House of Commons that addresses the lack of explicit protection for transsexual and transgender people in provisions of the Canadian Human Rights Act and the Criminal Code of Canada.

"Finally, we will be recognized in the eyes of the law as full persons -- the full persons we always were." said Érica Poirier, president of the Coalition des transsexuelles et transsexuels du Québec.

His private member's bill is titled An Act to Amend the Human Rights Act and the Criminal Code (Gender Identity and Gender Expression) in the House of Commons. It passed first reading on May 17.

MP Siksay's Bill C-389 will "add protection for members of the transsexual and transgendered communities to the Canadian Human Rights Act, by adding gender identity and gender expression as prohibited grounds for discrimination in the Act. The bill also adds gender identity and gender expression into the Criminal Code so that it can be taken into consideration at the time of sentencing for hate crimes."

His previous attempt to pass it died when Parliament was prorogued or dissolved prior to the 2008 Canadian elections. Private member's bills in Parliament are drawn through a lottery system, with Siksay's bill being 65th in line for private members' business. 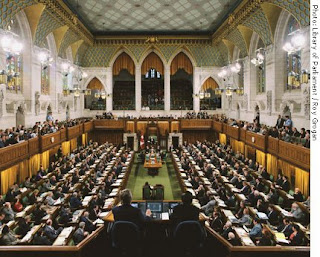 That means for those of us reading this south of the border, if Parliament survives until the fall, the bill could come up for debate in the House of Commons.

"It's a stretch to get it all the way through the House and the Senate in a minority Parliament, and that's generally a stretch anyway for most private members' legislation. "I'm hopeful that we'll at least have a chance to debate it in the House this time around."

Siksay hopes that the ENDA and hate crimes legislation currently being discussed in the United States Congress spurs momentum in Canada toward passing this bill.

"What's important is when you talk to members of the trans community, it's not long in the conversation that you hear about overt acts of discrimination and prejudice that they suffer," says Siksay. "Members of the trans community will tell you that they feel like it's acceptable for people to spit on them on the street, and that's a kind of overt hostility, overt discrimination, overt oppression that we don't tolerate in Canadian society."

He also hopes that the changes under Bill C-389 ensure that the Canadian Human Rights Commission has an explicit mandate to do education work around discrimination against trans people, and to raise awareness in Canadian society. 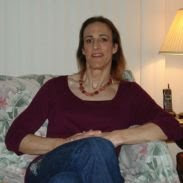 "For merely challenging society's expectations of what is expected of males and females, transgender individuals are often misunderstood and subject to fear and discrimination. Transgender and gender-variant individuals suffer disproportionately higher rates of discrimination, unemployment, denial of services, addictions, infectious disease, depression and suicide. Transpersons are too frequently the victims of verbal and physical attacks that can occur at any time and place, including the workplace. This Bill will contribute to addressing this discrimination." said Victoria Stuart, Chair, Trans Alliance Society

Siksay adds that there is currently protection under existing laws for Canadian trans people, but it is not explicit.

"I don't want anyone to think that there isn't protection for trans people already in Canada — it's indirect through gender and through disability," Siksay says. "That's not the appropriate place — the appropriate place should be explicitly on the basis of gender identity and expression, and that's what this bill will do."

Here's hoping that the third time for our Canadian transgender cousins is indeed the charm and Bill C-389 successfully passes.
Posted by Monica Roberts at 2:30 AM

Hi Monica - It's Victoria Stuart (cited in the article, above). Thank you for continuing to demonstrate an interest in trans issues on both sides of the Canada - U.S. border. When I was living in North Carolina with my wife (our 21st wedding anniversary was yesterday - May 20 ;-), I spoke up and advocated in favor of the trans-inclusive ENDA (2007), condemning the trans-excluding version.

Human rights are human rights (no exceptions, or geopolitical separation). We are fortunate that allies like (Canadian Member of Parliament) Bill Siksay - and others - demonstrate the courage and leadership to advocate on our behalf. My wife and I met with Bill earlier this month; he is a warm, sincere, knowledgeable, hardworking individual who is well-informed regarding transgender issues, gender identity, gender expression, etc.