Shut Up Fool! Awards-Take Me Out To The Ballgame Edition Our Shut Up Fool! Awards mascot made an appearance at Wrigley Field this week. He threw out the first pitch for the Cubs game versus the Pittsburgh Pirates and attempted to sing 'Take Me Out To The Ballgame' during the 7th inning.

Okay, now that you survived viewing this video, let's see what fool we get to pity this week.

As Mr. T would say, so many fools so little time. Once again I had a target rich environment in terms of fools to select this week.

The GOP put on their pointed hoods this week to trash President Obama's historic nominee for the Supreme Court in Judge Sonia Sotomayor.

So out of all the outrageous lies, accusations, obfuscations and distortions of her record, and Mike Huckabee calling her Maria, the most outrageous came from the winner, ol' Turd Blossom himself, Karl Rove. 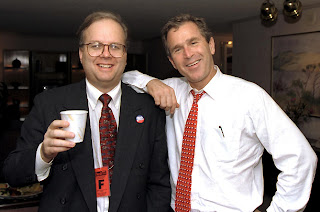 Bush's Brain had the nerve to part his lips and say, “I’m not really certain how intellectually strong she would be, she has not been very strong on the second circuit.”

She also was a co-recipient of the M. Taylor Pyne Prize, the highest honor Princeton awards to an undergraduate, went on to Yale Law School and served as an editor of the Yale Law Journal and managing editor of the Yale Studies in World Public Order.

Karl Rove, Shut up RACIST fool!
Posted by Monica Roberts at 6:00 AM

I was just catching up on the unaired portion of the Staceyann Chin show from a couple weeks ago and heard you give me a shoutout. That was so sweet! So I had to acknowledge it and say hi. I love that you and Renee are doing those shows, it's fun to hear your voices in another medium. :)