Next Year Mr. President, Do A Commencement Speech At An HBCU 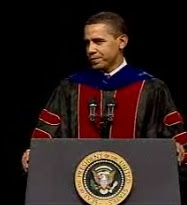 If I could give any piece of advice to President Obama besides the obvious ones for any transperson lucky enough to get some face time with him would, it would be this:

Next year, give a commencement speech at an HBCU, which stands for Historically Black College and University.

Arizona State University invited him to speak at their May 14 commencement ceremony. It was the first commencement speech he has delivered since becoming president January 20. How does ASU thank him for that historical footnote and the increased media attention their commencement ceremony garnered from the media? By declining to give him an honorary degree. 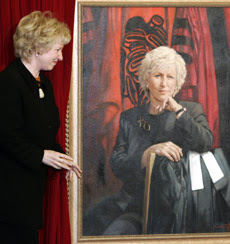 ASU spokeswoman Sharon Keeler stated, "His body of work is yet to come. That's why we're not recognizing him with a degree at the beginning of his presidency."

Um, you gave former Canadian prime minister Kim Campbell one and she only served 143 days before she was ousted from office by Canadian voters.

I, along with many other people see this as disrespect. Much of the Arizona State alumni base agrees with me as well, and they ain't happy about the presidential dissing either.

To President Obama's credit, he joked about the controversy, then flipped the script and used it as a talking point in his commencement speech. 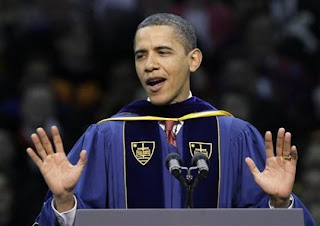 Conservatives and conservative Catholics have their panties in knots because of the commencement speech President Obama is delivering at Notre Dame University. The invitation and the upcoming May 17 speech has also stirred controversy with right wing Catholics and some Notre Dame students who protested the invitation because his stances on abortion rights and stem-cell research don't jibe with the Roman Catholic Church's stance.

Read the rest at Global Comment
Posted by Monica Roberts at 1:01 PM

Hi Monica. I've read your message you left in my blog. Thanks for correcting me.