Ambassadors For The Transgender Community

When I was back home in Houston, there was a sign posted in every GLBT bar that was a not so subtle reminder of what I'm about to talk about in this post that stated:

When you are a marginalized community which habitually gets saddled with mostly negative press, it is incumbent upon you to ensure that you aren't doing anything in your daily interactions with the cisgender world to reinforce those stereotypes.

People of color have no problem understanding this concept, but it seems as though some of my white brothers and sisters have difficulty grasping the fact that the so called 'rugged individualist' mentality you operated under before your transitions no longer applies. 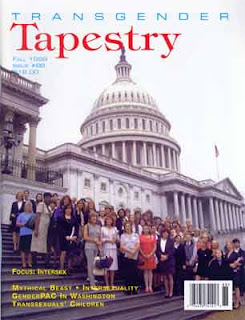 Civil rights are won not just with sweeping legislation, lobbying, protest marches, Trans 101 panel discussions or with precedent setting court decisions, but also by one on one personal contact in addition to all of the above.

It's hard to hate on or justify denying civil rights to someone when you have to look them in the eye, have some in your circle of friends or come to the realization that your stance impacts other human beings.

So it's incumbent upon us as a community to approach every interaction with the persuadable general public as a chance to create an ally.

In other words, we need to be ambassadors for the transgender community.

All it takes is simply just living your life, treating people with the same respect and dignity that you wish for yourself, be proud of being a transperson, and being the charmingly gracious person you are every day. 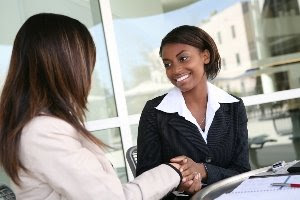 I'm not saying you have to wear an 'I'm trans' t-shirt in terms of expressing your pride in yourself. Expressing pride in yourself is multi-layered. It's standing up straight, looking people in the eye, giving firm handshakes, having intelligent conversations about a wide range of subjects in a manner that will go a long way toward creating positive impressions about you.

By the time the cisperson figures out or you tell them you are trans, once you honestly and forthrightly answer the questions they have about the issue you fell comfortable with, hopefully the groundwork you previously laid will just have them take the news with a grain of salt and you can move on to other subjects.

And hopefully you've not only made a lifelong friend for yourself, but created an you made an ally in the process for the trans community as well.
Posted by Monica Roberts at 3:30 PM

I'm right there with you on your call to action. Even more, I applaud the way you worded it.

"Putting your best foot forward" is invaluable when dealing with the majority. Unfortunately, that idea is a double-edged sword. Time and again, that idea has also been used to throw our "less presentable" brothers and sisters under the bus.