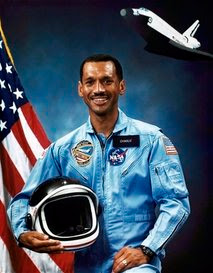 Retired Marine Corps General Charles Bolden, Jr. made a lot of history during his 13 year NASA career as an astronaut. He logged 680 hours in space on four shuttle mission, piloted the shuttle and was mission commander on two from 1980 to 1994.

On May 23 the former deputy administrator of NASA was nominated for the job by President Obama. Assuming the Senate confirms his nomination, he is set to become the first African-American to head NASA.

"Charlie Bolden is well known to everybody in the space community from the human spaceflight side of the house, where he's had extensive shuttle experience, to the science people he worked with as he was part of the crew that launched the Hubble telescope," says John Logsdon, professor emeritus at the Space Policy Institute at George Washington University. 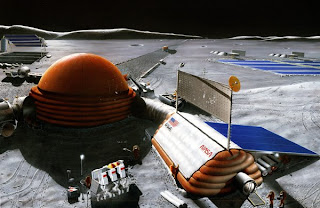 As a space junkie, in this 40th anniversary year of the Apollo 11 moon landing, I miss the days of frequent moon launches and bold goals for NASA. Much of the medical, computer and other technological advances we enjoy is because of the space program. In order to colonize the moon and land on Mars, we will once again have to put our best and brightest minds to work in addition to once and for all expunging 'intelligent design' from our classrooms.

This nomination comes at a crossroads time for he United States and NASA. While we retire the shuttle fleet next year and wait for the new Constellation and Orion vehicles to be finished for their 2015 launch, the Russians are looking to get their space swagger back. 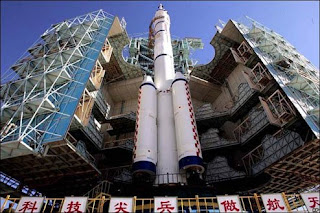 If humanity is going to continue to survive and thrive, we have to step off this planet, explore the solar system and the stars and eventually colonize them. This nominee will have the responsibility of charting NASA's space course for the next twenty years and beyond.
Posted by Monica Roberts at 12:56 AM