It's Hell To Be Transgender-Especially In Honduras 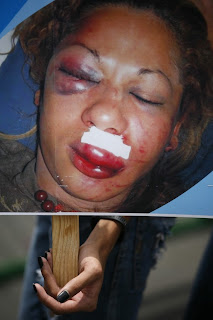 Houston's late crusading consumer affairs reporter Marvin Zindler used to say during his news segments when he chewed on the behinds of local organizations, agencies, politicians and people that failed to do their jobs in helping less fortunate citizens, "It's hell to be poor."

I'm going to paraphrase Marvin and say, in some parts of the world, it's hell to be transgender.

I stumbled across some photos of a recent protest by transgender people in Honduras that took place May 15 in advance of the May 17 International Day Against Homophobia and Transphobia. Anyone who has checked out the Remembering Our Dead list lately can tell you there are more than a few Honduran transwomen memorialized on that list.

But since October 2008 violent attacks directed against Honduran transwomen has escalated. No doubt one of the factors feeding into these attacks are the anti-transgender rhetoric emanating from the Catholic Church and a burgeoning evangelical Christian movement in Honduras.

Between November and December 2008 five attacks targeting transwomen occurred, with two of them being fatal. On November 20 a transwoman named Yasmin was killed by an attacker. The next day (November 21) Bibi was shot, and on December 17 another named Noelia was stabbed 14 times.

On December 20 two transgender activists doing HIV/AIDS outreach work in Honduras' capital of Tegucigalpa were savagely attacked. That same day (December 20) another transwoman was assaulted by Honduran police and threatened with death if she reported the crime. She bravely reported the assault to Amnesty International. 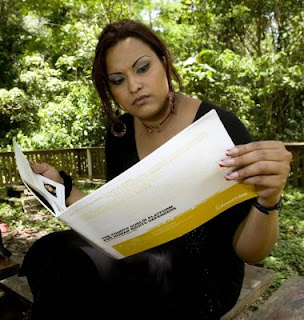 But the New Year did not stop the vicious assault on the Honduran transgender community.

The January 9 early morning hours drive-by shooting of prominent Honduran transgender activist Cynthia Nicole Moreno stunned and galvanized the community into action. Moreno was fatally shot three times in the chest and once in the head in the town of Comayaguela.

The 32 year old Moreno was a widely known Honduran transgender rights leader who worked as a spokesperson for the transgender rights organization Colectivo Violeta. She provided information about HIV/AIDS and human rights, and often represented the community in the media.

"The transgender community is terrified," said Indyra Mendoza, director of the Honduran lesbian and feminist organization Cattrachas. "But these attacks will not silence the community in Honduras, and we will continue to work to ensure that the rights of transgender people are recognized and protected." 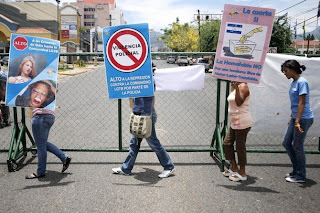 Cynthia Nicole would have been proud to see the transgender community stand up on May 15 and protest near the Presidential Palace for their human rights.

But as I've said multiple times, transgender rights are a worldwide issue. What happens in my part of the world affects yours as well. What's happening in Honduras is OUR problem, too.

The international community needs to do as much as it can to get the story out there, put pressure on the Honduran government to solve the crimes and bring the perpetrators to justice and give the local organizations the help they need.

It will take a concerted effort by all of us to help put an end to the suffering our transsisters are going through in Honduras.
Posted by Monica Roberts at 1:02 AM