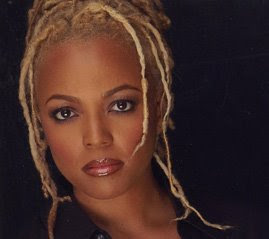 Kim Fields just celebrated her Big 4-0 birthday May 12, and I've loved watching her in whatever acting project ever since her Facts of Life days. The NAACP Image Award winning actress and director is a talented singer, writer and spoken word poet as well.

When that show ended I wondered what happened to her. Kim earned a communications and film degree from Malibu's Pepperdine University in 1990, and not long after that popped up on our TV screens as the divalicious Regine Hunter on Living Single. 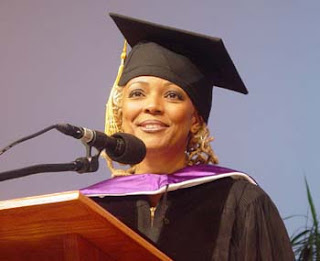 Kim's been in the spotlight since she appeared on Sesame Street when she was five. She filmed commercials, most notably one for Mrs. Butterworth's syrup back in the day combined with 1978 guest appearances on Good Times. She also recently became a mother on my birthday in 2007 and sorry fellas, is happily married again.

There's a lot to admire about this talented and politically active lady, and may she continue to have much success in her career.
Posted by Monica Roberts at 9:30 PM