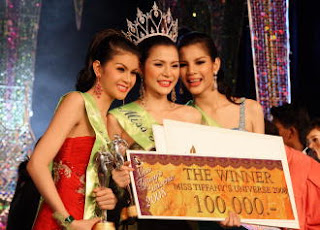 Well peeps, it's that time again in Pattaya, Thailand.

The 2009 edition of the Miss Tiffany's Universe pageant will be held May 10-15. The 12th annual competition will be fierce when transwomen all over Thailand head to the Tiffany's Theater for the first round eliminations that will whittle the field down to the thirty girls that will compete over the next several days for the tiara.

The May 15 finals will be televised live on Thai TV. 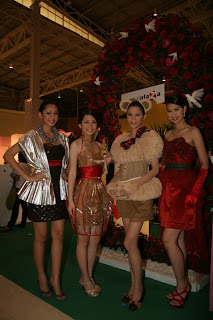 As I've noted before, the Thais are serious about their beauty pageants, and the Miss Tiffany's Universe pageant is taken just as seriously as any other pageant in the Land of Smiles.

The winner gets a 100,000 baht cash prize, a Honda Jazz car, and prizes. She is also give the same national love and respect as the other Thai pageant winners in the major cisgender pageant circuits such as Miss Universe and Miss World.

The Miss Tiffany's Universe pageant also has in their mission statement some serious goals in terms of promoting human rights awareness and creating positive images for transwomen internationally. Some of the winners have gone on to bigger and better things in Thai society.

While people may debate whether a pageant is the right vehicle for that, one thing you can definitely count on is that neither pageant fails to get international news coverage. 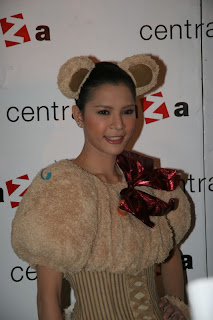 Last year politics intruded on the 2008 Miss International Queen pageant. It was canceled due to the Thai political drama that led to the international airport being shut down.

It not only put a severe crimp in the Thai tourist industry, it also kept 2008 winner Kangsadal Wongdusadeekul from competing against the rest of the world's transwomen. Because of last year's drama, Thailand will have two representatives in this year's Miss International Queen pageant.

With the new government in place, let's hope Thailand and its people get a long period of political stability.

It's also going to be interesting to see who emerges as the 2009 Miss Tiffany's Universe winner.
Posted by Monica Roberts at 11:01 PM