You Lost Again Norm, Get Over It! 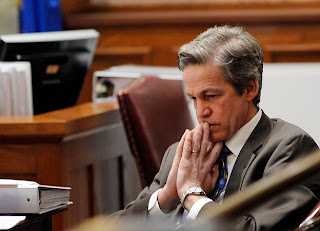 A Minnesota court confirmed Monday that Democrat Al Franken won the most votes in his 2008 Senate race against sore loser Republican Norm Coleman.

Coleman has 10 days to appeal to the state Supreme Court, and has already announced he'll do so. Once the petition is filed, it could further delay the seating of Minnesota's second senator for weeks. 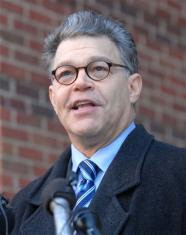 "It's time that Minnesota like every other state have two senators," a jovial Franken said outside his Minneapolis townhouse with his wife Franni at his side. "I would call on Senator Coleman to allow me to get to work for the people of Minnesota as soon as possible."

After a statewide recount and seven-week trial, Franken now stands 312 votes ahead after gaining addition votes from the election challenge than Coleman, who brought the legal action.

Okay, so when is the corporate media gonna start screaming 'sore loser' at Norm Coleman like they did at President Al Gore, who actually won the 2000 election?

It's almost 100 days after Al Franken won the senate race, and it will be so cool when he finally takes his place on the senate floor.
Posted by Monica Roberts at 1:24 AM