The No. 1 Ladies Detective Agency 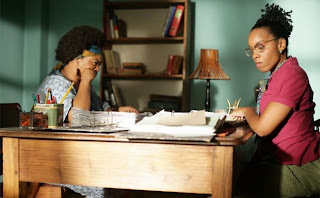 As a writer I love shows that are well written and have great acting. I stumbled across just such another show on HBO with the The No.1 Ladies Detective Agency.

The six episode show and the pilot movie is based on the series of ten novels by author Alexander McCall Smith and is shot entirely on location in Botswana. The HBO show stars Grammy award winner Jill Scott in the lead role as Precious Ramotswe and Tony Award winner Anika Noni Rose as Grace Makutsi, her awkward but very efficient secretary. 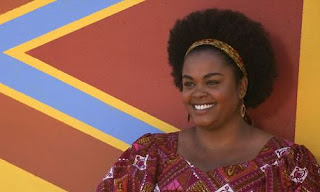 As the owner of the only woman owned detective agency in Botswana's capital of Gaborone, Precious has realized the achievement of her dream. She's kept busy solving various cases while also dealing with the problems and foibles of her clients lives as well.

It's also shined a spotlight on one of the more successful nations in sub-Saharan Africa. Botswana has been politically stable since independence in 1966, well run, prosperous and managed to avoid the drama that has plagued other emerging African democracies. The show has given us a chance to see the beautiful countryside and the wonderful nation as well.

It's enjoyable television, and I'm planning to catch up on the episodes I missed.
Posted by Monica Roberts at 11:00 PM

Wow! Thanks Monica for the heads up on this show. Sounds like something I'd love too.