What Happens Across The Diaspora IS My Business 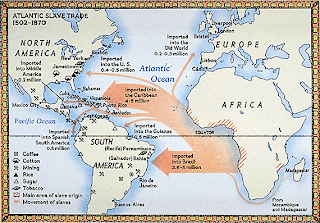 One of the interesting things about Black people across the African Diaspora, whether we live in the States, Canada, various Caribbean nations, Brazil and Great Britain is the kinship some of us feel with each other and our connection to the Mother Continent.

We in the Western Hemisphere have this shared history as descendants of the survivors of the heinous Middle Passage even though we reside in different parts of the world.

Because of that shared history, just as Euro-Americans look back to their various homelands with pride and are concerned about what happens there, the same logic applies to the children of the African Diaspora. 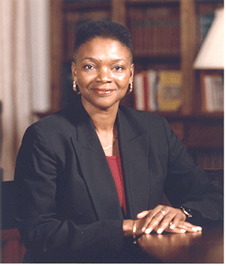 Just as African descended people around the world took pride in the election of Barack Obama to the presidency of the United States, I had the same level of pride in seeing Michaelle Jean become the Governor General of Canada, Baroness Valerie Amos become the Leader of the House of Lords, Ellen Johnson-Sirleaf assume the presidency of Liberia and Portia Simpson briefly becoming the first female prime minister of Jamaica.

I marveled at Usain Bolt in the Beijing Games blazing across the finish line with the same pride 2 million Jamaicans had for him. I root for the Calgary Flames because of Jarome Iginla and celebrated along with my F1 loving roommate when Great Britain's Leonard Hamilton became the first African descended driver to win the world driving title.

So don't tell me as an American of African descent that I can't comment on or get actively involved in trying to come with solutions to the problems that are occurring in Haiti for example or various nations across the diaspora.

If megachurch minister Bishop Noel Jones can fly his ass to Jamaica, address the Jamaican Parliament and implore them to 'resist US activist pressure' and keep the colonial era anti-gay laws in place that are a root cause of the homophobia-fueled violence there, then I have just as much right to take the opposite position and help overturn those laws. 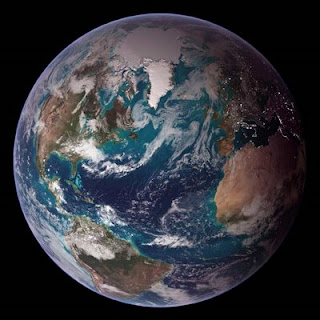 Just as Canadian Blacks helped with our civil rights battles in the US and we played a role in helping our South African cousins throw off the yoke of apartheid in the 80's, we have the same obligation to help our Canadian and Brazilian cousins if they request it with their struggles. When GLBT people's civil rights are disrespected and abused in various African countries that's my problem as well as a African descended transwoman.

We are all accountable to each other and linked by a shared history of struggle and triumphant achievement. So yes, it is my business what happens across the Diaspora, and it's time all African descended people adopt that expansive mindset.
Posted by Monica Roberts at 12:50 PM