Not Feeling The Term 'Passing' 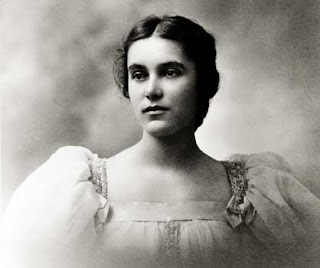 The term 'passing' in the transgender community means you are consistently at your gender best. You're at the point in your migration to your desired gender role that you are comfortable in your skin and relatively proficient in performing your desired gender to the point where you are moving around in the world like any cisgender individual.

But as a person of African descent, passing means something different and brings a different visual to mind.

When we hear the word 'passing', we think of African descended people who had a combination of characteristics- be it light enough skin, straight hair and the physical features for example to 'pass for white'. They cut ties with the Black community and used them to avoid the crushing negativity that Black people operated under mostly for their own personal gain.

I and increasingly some of our African descended cisgender allies don't like the term 'passing' being used to describe transpeople who are basically living their lives.

The problematic imagery with slavery and Jim Crow segregation was one of the factors that caused a shift to the term 'stealth'. It describes a transperson who has the looks and ability to perform gender to the point they are indistinguishable from a cisgender person and also cut all ties to the transgender community for various reasons to ensure that they aren't read as such.

'Stealth' is problematic as well. I believe it reinforces the 'we're being deceptive' meme all too prevalent in cisgender society about transpeople.

So if you see me talk about those issues on TransGriot, I'll be using the term 'blend', because that's exactly what we're doing. We're blending into society. We're making an active choice toward becoming the men and women we were destined to be despite the body we started off with.


TransGriot Note: The woman in the photo is Anita Hemmings, the first African-American graduate of Vassar College in 1897, 40 years BEFORE it began to admit qualified African-American students.
Posted by Monica Roberts at 11:35 AM

I am a BIG fan of the word "blend." What a great way to reconceptualize a problematic term.

I don't like the term passing either. To me, it implies deception, and I'm not deceiving anyone. I am who I am.

"Passing" implies that one is being taken by others to be something one is NOT. That /might/ work if what was said was "passing for a ciswoman", but that's not how it's used, is it? I've only ever heard it as "passing for a woman", or "passing as a man", thereby stating that the person in question is "not really" their presenting gender. Fail!

"Passing" has seriously negative connotations for me, but I'm sure I've used it for trans people before. Thank you so much for pointing it out, and offering such a great alternative word!

Ooh blend sounds good. I always feel self conscious when I use the word passing because some of the above listed reasons but I always use it anyway because I didn't have a word that I thought would work better.

I have long disliked the fact that passing was the term that seemed to be most commonly used. As a WOC it really does convey deception and that is not what trans people are doing. It also calls to mind a very painful time in our history I always wondered what trans women of color felt about the tendency to use a word that for us is so racially loaded.

Thank you! Blending makes me think of Tok'Ra, but that's something else entirely. I agree passing was always a bad word, both because of the historical use as it relates to POC, and as many have mentioned it has this connotation of deception.

So blending, yeah, sounds great to me. Positive, forward thinking, inherently honest and less like work, and more like living! Way to go Monica!

Wow.. "blend" is a much better word to use. I dislike "pass" and "passable" and I always have. Since the opposite of "pass" is "fail" and their is no failure in living an authentic life.

This is in addition to the racist connotations.

I've always been wary of the term 'passing' as well but I was never able to think of a better term. Blending is much better and I'll be more conscious to use it. Passing always seemed to imply that a person was just faking their gender/race/sexuality/ect...

Jews also have an interesting time with the term "passing." Because we are white skinned, we are labeled "white" and so receive white privileges. No one could argue otherwise. But the dynamic shifts as soon as we are "outted" as Jews, either by fitting stereotypes or being open about it. Many of us - myself included - do not feel white. That makes us feel even more awkward about "passing" for white. But I'll be sure to incorporate "blended" into the discussion from now on. Thanks for the history lesson!