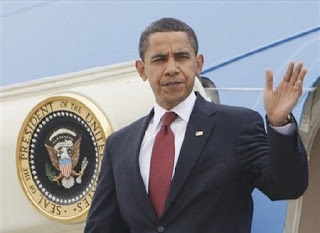 One of the truisms of presidential politics is that if you want to project how someone will govern once they are elected to the presidency, you watch closely how they run their campaigns.

President Obama ran a disciplined, historic campaign for the ages in becoming the first African-American president, and today marks the 100th day of the Obama Administration.

"I feel surprisingly comfortable in the job," he said two weeks after his inauguration. 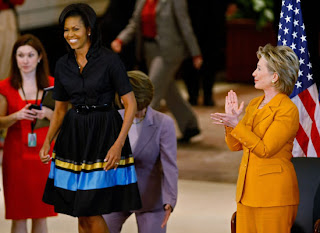 Kinda obvious isn't it? He's zipping along with a robust 64% approval rating and an even higher one in various countries around the world. For the first time in five years more Americans think our country is moving on the right track than the wrong one.

He's busting stereotypes, has a wife as the FLOTUS who is doing the same as a fashion forward icon.

The president is also rapidly implementing the things he promised to do during his campaign while being opposed by the GOP at every turn.

*Restore our international good name? Check
*Eliminate the stem cell research ban? Check
*Americans and the world deliriously happy we have a president who knows how to spell and pronounce correctly 'nuclear'? Check

"The challenges are big, but one thing that I'm absolutely convinced about is that you want to be president when you've got big problems. If things are going too smoothly, then this is just another nice home office."

He's had some challenges in this first 100 days and has tackled an ambitious domestic and international agenda with gusto. He's had some stumbles, but he's also positioning himself to be the transformational president that we desperately needed at the critical juncture in our nation's history.
Posted by Monica Roberts at 2:00 AM