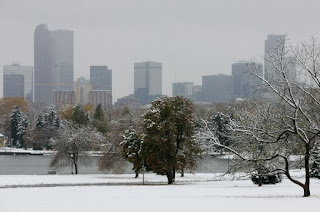 TransGriot Note: Much love and deep appreciation to Crystal Ann Gray for these updates. She's observing the trial for the LGBT Center of Colorado.

Hello! I am at home and not at the courthouse due to a snowstorm. I am watching the case at home and it appeared to me today that the judge cleared the courtroom. The reason is that video and pictures that were taken from the crime scene and autopsy were private.

As I watch this on TV I saw a poll where 70% believed that the agree with the hate crime additional charge. Most people leaving comments at the CNN.com/crime (also where you can find live streaming video of the trial) said that it is her fault if she did not tell him. However, the prosecutor says she is able to show that he knew 36hrs before he killed her. So those that believe he did not know about her transgender status may have to eat their words.

CNN also did an on street interview with people on the street and asked them about the tolerance of transgender people in the US. Most said one of two things. Either that it depended where you live or that there is not enough tolerance by the general population toward transgender people. This is the latest and I will keep you all informed if there is any more interesting news.