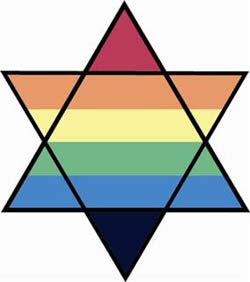 Unlike Christianity and Islam, who have fundamentalist elements growing more hostile every day to transgender people, there's good news for transgender Jews, be they part of the Reform or Conservative movements.

In 2007 the Union For Reform Judaism in a groundbreaking move to recognize the experiences of transgender Jews, published several prayers for sanctifying the sex-change process.

The 500-page Kulanu: A Program for Implementing Gay and Lesbian Inclusion includes services for same-sex commitment and marriage ceremonies as well as advice for the inclusion of GBLT individuals in the community. A website called Transtorah.org was recently launched that is designed to serve as a resource for the Jewish community on transgender issues. 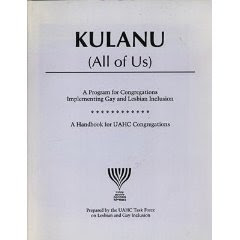 "I believe that gay, lesbian, bisexual, and transgender (GBLT) Jews in our midst - our children, our relatives, and our friend - are in great need, as are we all of spiritual support," said Union of Reform Judaism President Rabbi Eric Yoffie in the manual's Statement of Purpose.

"In the ten years since the first edition of Kulanu was published there has been great progress in the way the Jewish community in general and the Reform synagogue community in particular has welcomed GLBT Jews," says the Union of Reform Judaism website. "This edition of Kulanu will continue to pave the way towards total inclusion of GLBT individuals and families in Reform Jewish Life."

While it may be news to Gentiles, the issues of transgender Jews were first addressed back in 1978. The Central Conference of American Rabbis deemed it permissible for one who had undergone a sex-change operation to be married according to Jewish tradition. In 1990, the CCAR allowed such individuals to be converted. In 2003 the union retroactively applied its policy on Jewish gays and lesbians to the transgender and bisexual communities. 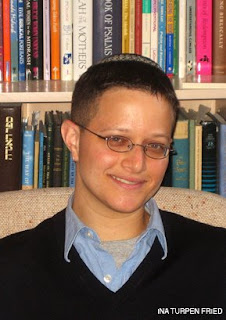 Rabbi Elliot Kukla is a transperson who authored the blessings for transitioning genders. He was on the other side of the gender fence when he was ordained in 2006 by the Reform movement’s New York seminary.

He originally wrote the blessings for a friend who wanted to mark each time he received testosterone therapy and believes they are appropriate for multiple moments in the sex-change process, including “moments of medical transitions.”

On the Conservative Judaism side, there's been movement as well to consider transgender Jews place in the faith.

Rabbi Mayer Rabinowitz, an associate professor of Talmud at JTS, authored a rabbinic opinion, or teshuvah on transgender people that in 2003 was passed by the movement’s top lawmaking body.

Rabinowitz argued that Jewish law, or Halacha, should consider people who undergo sexual reassignment surgery in terms of their new gender.

“Those who claim that we can not change God’s creation are closing their eyes to conversion, and to transplants as well as many other medical procedures which in fact do change God’s creation. Halakhah has always been macroscopic and not microscopic. Therefore, external organs determine the sexual status of a person.” 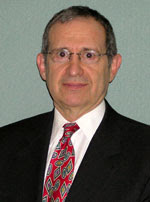 Rabbi Leonard Sharzer, who once was a plastic surgeon who performed SRS surgeries, is a senior fellow in bioethics at the Louis Finkelstein Institute for Religious and Social Studies at New York's Jewish Theological Seminary. He has written a teshuvah that built upon Rabinowitz's earlier one, but has yet to be submitted to the law committee.

Sharzer proposes that an individual claiming a transgender identity be considered the gender that person claims for himself or herself, regardless of whether or not he or she has undergone surgery.

As of yet, Ultra Orthodox people don't recognize the concept of transgender Jews. Avi Shafran, the director of Agudath Israel of America, said in a recent interview that under Jewish law, "and that’s all that should matter to an Orthodox Jew, if the physiology is clearly male or female, then they are considered that."

The recent transition of Joy Ladin at New York's Yeshiva University and other transgender Jews such as Israeli singer Aderet kind of throws a wrench in that line of thought.

Rabbi Kukla writes in the introduction to the Kulanu, which means 'all of us' in Hebrew, “The midrash, classical Jewish exegesis, adds that the adam harishon, the first human being formed in God’s likeness, was an androgynos, an intersex person,” “Hence our tradition teaches that all bodies and genders are created in God’s image whether we identify as men, women, intersex, or something else.”

It is something that all religious folks having issues with transgender people would do well to remember.
Posted by Monica Roberts at 6:00 AM