Rape Is Not A Joke 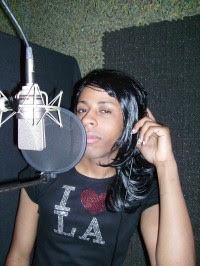 Thanks to Faith and Jo Jo I was made aware of the existence of another transwoman rapper, but I wish it was under more positive circumstances.

Los Angeles based rapper Pam Jones was reportedly kidnapped at gunpoint by several men, assaulted and raped. ALL Hip Hop's knuckle dragging readers showed their asses in the comment thread to the story with posted comments dripping with transphobia and tasteless jokes. The same tired transphobic ignorance was on display at several other hip hop sites as well.

According to Pam's MySpace page she's recovering and doing okay, so send her well wishes and some love.

But the one thing that is infuriating me right now is the breathtaking level of ignorance and lack of common decency that was demonstrated by the comments on these various hip hop websites. Rape is rape, and it is not a fracking joke or something to be turned into a comedy routine. It is a violent crime that happens every two minutes in the United States and people have died from sexual assaults.

Are you that dense in the hip hop community that you're making jokey-jokes about a person getting sexually assaulted? Do you people actually think that someone would do that for publicity? Are you so sexually insecure about an attractive, talented transwoman living her life you see it as an affront to your tenuous masculinity or femininity and you smugly sit at your computer screens and type 'she asked for it'? 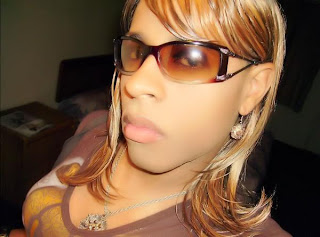 Would you nekulturny Negroes feel the same way if it was a member of your family who'd been raped? Probably not.

The only joke here is hip hop has declined from something our people could be proud of back in the 70's and 80's to an embarrassment for the African descended family.

You self appointed moralists are ranting about how transpeople are an embarrassment to you. I think it's the other way around in terms of odious associations.
Posted by Monica Roberts at 4:50 PM

I'm speechless. I don't know why... it's not like I didn't know there were people like that or thought this didn't happen, but I clicked on that link... read those jerks comments... I'm just speechless... Is this what monster all of us human beings are inside? Would you consider it plagiarism if I commented about this on my blog as well, later on? With mention of the original article...