Gwendolyn Lindsay-Jackson, Angie Is Not An 'It' 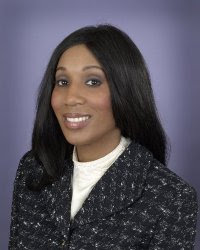 One of the things I was pissed off about during the TruTV coverage of the just concluded Andrade trial besides watching the defense try to execute the tired 'trans panic' defense and hearing her old name called every few seconds occurred last Friday.

I was watching Banfield and Ford as legal analyst Gwendolyn Lindsay-Jackson was being asked some questions by Ashleigh Banfield as to how she'd defend Allen Andrade. She got into pronoun trouble speaking about Angie and slipped up and called Angie 'it.'

You know some of my people have issues with transgender people as I have posted about numerous times on this blog. But sistah, it's time for you to get your Trans 101 on.

Gwen, while your body and feminine gender mapped brain matched, you are comfortable in your skin and don't have to think about being female, for some of us it didn't. Angie was one of those people. She isn't a 'man' and was living her life trying to make her body match the way she felt inside.

It is not appropriate at any time to refer to a transgender person as 'it'. It infuriates me even more that she's the one who did it because she's one of the few legal commentators who share my ethnic heritage on TV.

But she lost a lot of cool points with me in terms of the way she handled her commentary on this issue. I hope that Ms. Lindsay-Jackson isn't one of the transphobes in my community, but just simply needs some 'ejumacation' on our issues.
Posted by Monica Roberts at 1:11 PM

It's not even the fact that Angie was trans. It was the fact that she was another human being who was brutally murdered. You NEVER call another person "it" no matter what. What ever happened to basic common courtesy?

I completely agree with you Monica and also hope that just a little education and insight will set her on the right path. I myself had to educate a mind on referring to us as she-men, ::sigh:: we've done so much but still have a ways to go