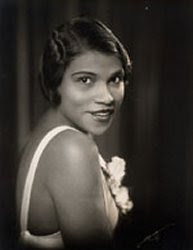 Marian Anderson had grown up from a poverty stricken childhood in south Philadelphia to become the most celebrated opera singer of her times. She had sung for the kings and queens of Europe. She'd sung in major concert halls across Europe, New York and Philadelphia.

But she couldn't sing in her own nation's capital because of her skin color.

When her manager tried to book her for a concert in Washington's Constitution Hall, the largest venue in DC at the time, the Daughters of the American Revolution, who owned it, said no because they refused to allow African Americans to perform there. First Lady Eleanor Roosevelt subsequently resigned her DAR membership in protest of the organization's diss of Marian Anderson. An attempt to move the concert to a local Washington high school was thwarted by the local school board. 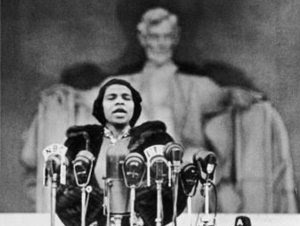 So the First Lady, then Secretary of the Interior Harold Ickes, and a coalition of Black and White leaders mobilized to set up a concert on the steps of the Lincoln Memorial that took place on Easter Sunday, April 9, 1939.

She sang, 'My Country, 'Tis of Thee' in front of an 75,000 person integrated crowd that included Supreme Court justices and senators. It was a seminal event that came to symbolize the hope and ideal of racial equality in America. 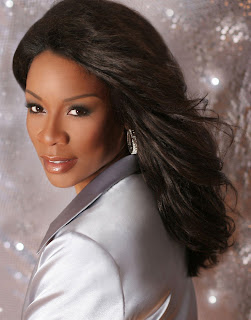 Another free concert will be held at the Lincoln Memorial will be held later today to honor the 70th anniversary of that seminal civil rights event.

The Abraham Lincoln Bicentennial Commission and the National Park Service are jointly sponsoring it as part of the series of events celebrating the 200th anniversary of Lincoln's birth and the approaching 100th day of President Obama's historic first term in office. It will incorporate some of the songs Marian Anderson sung 70 years ago and feature modern day opera singer Denyce Graves singing classical songs as well.

The Chicago Children's Choir, the women's a cappella group Sweet Honey in the Rock and the U.S. Marine Band are also scheduled to perform.

Former Secretary of State Colin Powell will read excerpts from Lincoln's second inaugural address during the anniversary concert, and at the conclusion of the event 200 people will be sworn in as US citizens.

Yes, we've come a long way as a country on racial issues in 70 years, but the journey is still not complete. But events like this serve to remind of where we were, how far we've come and ensure we don't go back to that antiquated way of thinking ever again.
Posted by Monica Roberts at 10:30 AM