Clean Up Feminism, Then We'll Talk

In the days since I wrote a post about finally claiming the womanist label and the warm welcome I've received since, I've had some of my white transsisters express movement envy and surprise that we transwomen of color would be embraced by our cisgender sisters of color.

Some of them have read about the principles of womanism, see the night and day comparisons and contrasts between it and feminism and asked if they can join the womanist ranks.

The answer I've heard from other womanists is no, and not for exclusionary reasons. 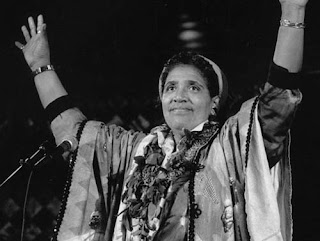 Womanism started because of profound disagreements between Black and white feminists over the shabby treatment of Black women inside and outside the feminist movement, the unacknowledged class privilege, and alarm over the transphobia being expressed by radical feminists.

There's also no love lost between some radical feminists and womanists as well on a wide variety of issues besides their hatred of transpeople. 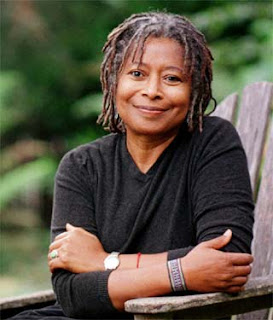 While I emphatize with my white transsisters, womanism evolved because feminism became so narrowly defined, was blind to the ways that it ignored race and reinforced privilege, and became so toxically hostile to anyone who pointed out the obvious shortcomings that people left or disassociated themselves from it.

The point I'm making is that you already have multiple social justice movements geared toward white people. Womanism is a FUBU production that we treasure and need to cultivate due to the constant infusion of fresh ideas that continue to fuel its growth and stimulate discussion on various topics.

I can understand why you’d want to be a part of a movement that is growing, welcoming and continually evolving, while the feminist label has become something to be reviled. Rush Limbaugh’s frequent use of the ‘feminazi’ epithet, spewed forth from his radio studio to the ears of his dittoheads and feminism’s detractors, highlights the image problem that has resulted from the stagnation and tainting of the feminist brand.

If you truly want to embrace the good parts of feminism, then you’ll need to fight within those circles with other transgender feminists and your cisgender allies to make that happen. It’s going to be a long, messy undertaking because the entrenched factions won’t make it easy for you, but nothing worth fighting for is particularly easy.

Until then, until feminism becomes more like womanism – in which all people are respected and welcomed into the fold -  and the issues that caused the split in the first place are dealt with, it’ll probably be a while before you see white women being accepted into the womanist community.

Posted by Monica Roberts at 9:43 PM

I just love your honest forthright blog, and like your insights, humor and I learn a lot. just thought i tell you I read it everyday. So my thoughts are "just say no to uconn" yourself?
Tee

I've had some of my white transsisters express movement envy and surprise that we transwomen of color would be embraced by our cisgender sisters of color.

This just saddens the hell out of me. I really feel like for the most part feminism has at least cleaned house on its trans issues (there's still some f-ed stuff like the Mich Womyn's Festival obviously, but for the most part...), but obviously that's not the case is so many transwomen aren't feeling embraced by the feminist community. I just don't understand how people who call themselves feminists can be so damn hateful, as if hatred of all things female isn't the whole problem.

"womanism evolved because feminism became so narrowly defined, was blind to the ways that it ignored race and reinforced privilege, and became so toxically hostile to anyone who pointed out the obvious shortcomings that people left or disassociated themselves from it."

you could've replaced feminism with LGBT community/Gay Mafia and you would be on point about them as well.

Feministing is on my feeds list. Those women are inclusive and supportive of trans women. I don't think there are any African-American bloggers among them, but there is a woman of South Asian descent. It's not about white women, and it's not about cis women. I'm thankful for that much.

Recently, I was at a forum on women's issues. I saw white women, aboriginal women, Asian women, and other women of colour. In Vancouver, fortunately, there's no room for exclusiveness.

Veronigue,
I have firsthand experience with this. It's not a figment of mine or any POC's imagination.

White it may be uncomfortable to hear, the reality is that what ends up happening is that people of color, no matter the movement, get crowded out, dissed and silenced.

In 1999 I was one of NTAC's founders along with a Latino transman, and another African-American transwoman.

We set it up to be a multicultural org, but NTAC was attacked by white transwomen from the outset because we called out HRC for its backstabbing of us in 1998-99 and the critics wanted to continue kowtowing to an org that dissed them.

We were called 'verbally violent' told we couldn't (or didn't) represent the community and in 2003 a group of white transwomen formed NCTE. The whites who were on our board bailed for NCTE.

Never mind the fact that the NTAC board contained some of our best lobbyists, peeps with experience in other civil rights orgs, peeps with political science degrees and fresh approaches and a new strategy for obtaining our rights

We had too much melanin on our board for them.

@Véronique
Inclusive is a matter of opinion. If you really examine the record at feministing what they tend to do is either link to Monica or Questioning Transphobia rather than actually write any substantive posts about trans rights.
I read that blog because of Samhita mostly. The comment section is constantly hostile to WOC and this evidenced by how commenters treat not only Samhita but women of color when we dare to have a dissenting opinion.

Monica, I don't question your experience. It's just that I don't want a "white person's movement."

@Renee: One of the bloggers did a vlog about trans rights just the other day. I don't see them only linking. I do read the blog much more for women's issues than for trans issues, but I also like the fact that they are supportive, unlike so many Second Wave Feminists.

I hardly ever have time to read the comments. Too many!

I didn't realize that you joined the WOMANIST ranks!! All right now!

I am not a womanist but more power to ya my sista.

You are correct that black feminists were SICK AND TIRED of the way that the white feminism glossed over and second-classed black women's issues within the context of feminism.

Shortly after groups were formed the separation started. The most white, middle class gay male leadership excluded transgender people, lesbians, and people of color. Some of the first leaders of the feminist movement had few women of color within their ranks.

Monica,this is why I believe a number of the proposition failed. Communities of color were never included. Te white feminist movement is largely middle class without really no clue about what are the concerns of women of color.

@Veronique,
Nor did I say or imply that you were or wanted to give you the impression that it was directed at you.