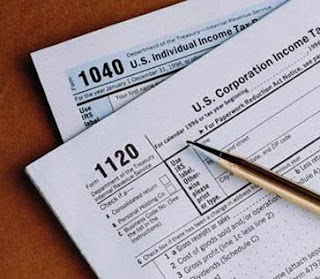 Today is the day that many Americans anticipate with fear and loathing, Tax Day.

April 15th is the deadline to file tax returns. I'm due a refund and have had my paperwork and W-2 together since early February, but I usually hold off until late March or early April to file it so I get the refund around my birthday.

I'm getting a little something-something back from the Feds, so I'm not complaining.

But what I am chuckling about is the GOP haters in their desperate zeal to stir up fear, hatred and loathing of our wildly successful so far president have set up anti-tax propaganda rallies all over the country today.

These are alleged to be 'grassroots' events, but are backed by corporate sponsors, Faux News and the Repugnican party. 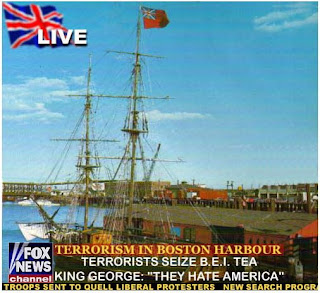 I checked the ones scheduled for Houston, and all of them with the exception of the downtown event at Jones Plaza, all of them are taking place in predominately white suburbs. I have no doubts that the pattern is replicating itself elsewhere in the country as well along with the glaring lack of melanin of the event participants.

Nobody likes paying taxes, but everybody wants interstate highways with no potholes, their mail to come on time and other federal government services to function on demand, smoothly and efficiently. They can't do that without cash, and as the saying goes, no new taxes equals no new services.

So just fire up TurboTax, e-file it, call it a day and enjoy the entertaining show from the GOP sheeple hatin' on the prez.

They have yet to catch on to the fact (unless they were watching Rachel Maddow LHAO) that the 'teabagging' phrase they are using to refer to their movement refers to a sexual practice.

Speaking of income tax day, it's been well over a year since the end of O'Donnabhain case in New England where a transwoman challenged the Bush-appointed IRS commissioner's decision that SRS was purely a cosmetic surgery and, therefore, not a legit medical deduction. Is no news good news? Why has it taken over a year to deliver a decision on a case that, at best, involves a tiny amount of money compared to all the other tax deductions people use. Yes, I understand it's low on the totem pole of importance by US government standards but, really, this decision doesn't involve any complex legal issues, the deduction was part of IRS policy before Bush, this shouldn't be brain surgery.