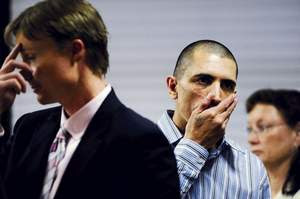 The eyes of the transgender community in Colorado and elsewhere are focused on a Greeley, CO courtroom for the next two weeks. The groundbreaking trial of Allen Andrade, accused killer of Angie Zapata started Tuesday.

This trial is notable for the fact it's the first time an accused killer is facing additional hate crime charges for killing a transperson.

After weeding through 300 potential jurors during the jury selection phase, the 14 person jury made up of 10 males and 4 females was empaneled, and the opening remarks from the prosecution and the defense happened Thursday.

Autumn Sandeen of Pam's House Blend is in Greeley for the trial and will be covering it from a transgender perspective that is sorely needed. 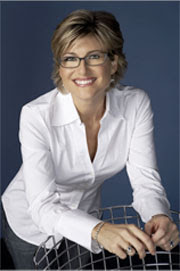 I was watching Banfield & Ford: Courtside coverage of the trial Friday. I was pissed about Gwendolyn Lindsey-Jackson, the sistah defense attorney they had as a guest calling Angie 'it' during one segment of the show, but Ashleigh Banfield did express her disgust over the use of the trans panic defense and at one point called Andrade a 'moron'.

That still didn't lower my pissivity over the 'it' remark from someone who shares my ethnic background and needs to get her Trans 101 on.

But back to the trail's opening phase. As I and others have long since predicted, the defense's game plan was to play the trans panic defense.

“This case is not about judgment of a lifestyle,” defense attorney Brad Martin told the jury. “It’s not about whether Justin Zapata’s lifestyle was right or wrong. It’s about a deception and a reaction to that deception. ... Justin’s Moco Space profile was that of a female, not of a transgender, and it certainly wasn’t that of a man.”

However, a bomb got dropped by the prosecution that puts a nice chink in the Andrade's contention that he didn't know Angie was transgender.

Deputy District Attorney Brandi Lynn Nieto told the jury that Andrade knew for 36 hours Angie was biologically male. He even attended a court hearing for a traffic ticket where clerks called for the case against “Justin Zapata.”

“You’ll hear a call to his girlfriend that demonstrates his hatred for homosexuals,” Nieto said. “It will give you a window into the defendant’s mind. It will show his bigotry, his prejudice and his bias against homosexuals.”

Nieto showed the jury transcripts of those calls, including one that said it was not like he was shooting a teacher in cold blood or a straight, law-abiding citizen. 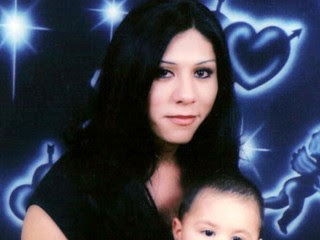 “He makes it clear there is a difference between killing someone who’s homosexual and someone who’s not,” Nieto said. “He knew for some time she was transgender, and he brutally killed her because of it.”

They began calling witnesses Thursday afternoon. The nine witnesses that have testified so far include the first officers and paramedic on the scene, neighbors who saw Zapata the night before her murder, and the officers who arrested Andrade two weeks later.

Yesterday's proceedings were interrupted by a major snowstorm that hit the Denver metro area that only dumped rain in the Greeley area. Areas west of I-25 were whacked by up to 3 feet of snow. Denver (south of Greeley) was clobbered by nine inches of snow.

Stay tuned. Just like spring weather in the Rockies, the ride is gonna get bumpier once the defense gets their chance to state their case.
Posted by Monica Roberts at 4:48 PM