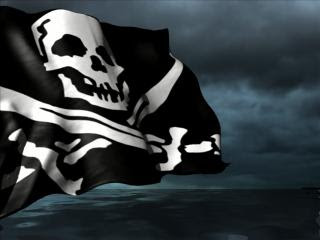 I wrote last month about the menace of Somali based pirates attacking shipping off the Horn of Africa. In addition to it becoming a lucrative multimillion dollar endeavor for the Somali buccaneers, piracy is becoming an increasing problem in the waters off the Nigerian coast and Niger River delta region as well.

The pirates have become even more brazen. A pirate group based in Nigeria attacked the Equatorial Guinea presidential palace in its island capital of Malabo in February but was driven off by security forces.

The Somali pirates have attacked 66 ships since January and are holding another 14 for ransom. Despite some recent successes earlier this year by the multinational naval task force in beating back some recent pirate attacks, after a lull they spiked up again in addition to changing tactics and hitting ships further out to sea.

For the first time since the Barbary Pirates attacked a US ship off the coast of Libya in 1804, a US flagged vessel was attacked and successfully seized by African based pirates. This was also the first American vessel to be seized in this current wave of pirate attacks off Somalia. 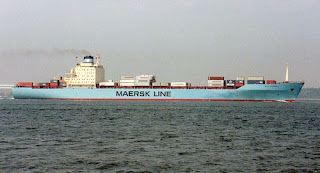 The US flagged ship Maersk Alabama was transporting food aid destined for Somalia, Uganda and Kenya to the port of Mombasa when it was captured by pirates 200 miles southeast of Eyl off the Somali coast.

But that historical footnote was short lived. The ship had already been disabled before the pirates boarded and the second in command's father teaches an anti piracy course at the Merchant Marine Academy. 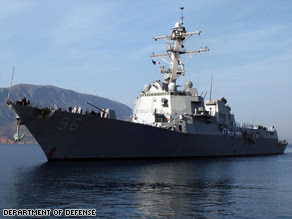 Hours later the 20 man crew of the Maersk Alabama bumrushed and overwhelmed the four heavily armed pirates, retook the ship and captured one while the others took captain Richard Phillips hostage and fled in a lifeboat.

The USS Bainbridge has arrived on the scene to assist with efforts to return the captain safely.

But it speaks to the fact that the piracy problem is getting out of hand to the point where long term solutions to deal with it will have to be implemented.
Posted by Monica Roberts at 11:29 PM

I've been watching this story with interest, since the Maersk Alabama is homeported here, and the Maersk terminal is a big part of the economy here. This is one situation where I wish the UN would step up and do something decisive, or else empower the involved countries to do something. The US and powers both allied and unaffiliated have enough firepower in-theater.

Jaye,
The pirates messed with a supertanker, and that was a mistake on their part. It got the money peeps attention.

I predict in the future some hit and run raids happening to the onshore installations to make it more difficult for them to openly conduct operations.

Bu once you do whack to bases with overwhelming military force, you'll still have to deal with the problem of Somalia being a failed state, the lack of attractive employment options and illegal overfishing of Somali waters that started this mess in the first places.