Rush Gets Smacked On His Own Show 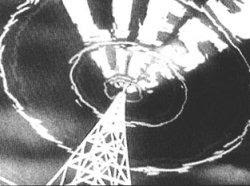 I can only take Faux News, Rush and all the other Republifascists in small doses, so I don't listen to or watch their shows. But there are days that I wish I had, and one of those was Tuesday.

A caller got through and excoriated the so called leader of the Republican Party/conservative movement. Here's the enjoyable takedown and a transcript courtesy of Media Matters.

Thanks Charles for exposing the real Rush Limbaugh. With talent on loan from Satan, he's a draft dodging bully who can dish out the criticism, but he can't take it. He's also been shown to be the foolish idiot he really is.
Posted by Monica Roberts at 12:28 PM

That was great thanks for posting it. I am surprised Rush let him talk as long as he did. I hope more people like that guy call in.

It'll be awhile before they let down their guard for another to get in.

He's embarrassed that this one got through.

WOW! I'm loving it. I'm loving the fact that Rush got owned by another Republican no less.

Oh wait, he's not really a Republican because he doesn't think like Rush.

I guess we know who's winning the Shut Up Fool award tomorrow.

I saw this Wednesday night on Countdown. Unbelievable.