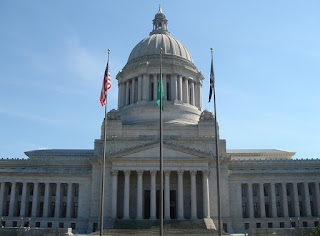 Transgender people residing in the state of Washington got some great news from their legislature Wednesday.

The Washington House approved Senate Bill 5952 on a 68-30 vote, with six Republicans joining the majority in adding the words 'gender identity or expression' to the state's hate-crime law. It was approved by the Washington Senate a month ago. 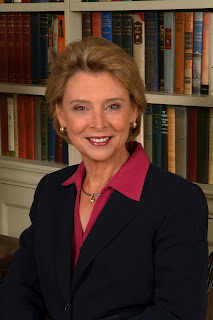 It now heads to the desk of Gov. Chris Gregoire (D), who is expected to sign it into law. The change would take effect three months after the end of the 2009 legislative session, which is scheduled to adjourn April 26.

Washington's hate crime law makes it a felony to threaten, damage the property of, or physically injure someone because of ethnicity, nationality, religion, gender, disability or sexual orientation.

The definition of sexual orientation in the bill only covered people who were gay, straight or bisexual people. Adding 'gender identity or expression' to that definition makes the law apply to transgender people.

Lawmakers who supported the change said broadening hate-crime protections was a matter of fairness and justice. Rep. Chris Hurst, D-Enumclaw, a former police officer, said the state has a duty to defend people who are targeted solely because of who they are.

Republican opponents trotted out their usual argument against the principle of the hate-crime law itself, saying it seems unfair to dole out tougher punishments for crimes committed against certain types of victims.

But Rep. Marko Liias, D-Mukilteo, pointed out that women are indeed protected under hate-crime laws if they’re attacked or threatened because of their gender. Liias also noted that stronger punishments already extend beyond the hate-crime statute, covering crimes against children or police officers, for instance.

Thanks to Washington state for becoming another in the long list of jurisdictions that recognizes the humanity of its transgender citizens.
Posted by Monica Roberts at 9:46 AM

This is great news!

TB Texan,
Yes it is.

How's things back home. Any craziness coming out of the Lege yetY