We're Not The Only Peeps Holding Transgender Conferences

One of the things I talk about here on TransGriot are the various transgender conferences we have here in the States such as Southern Comfort,, the IFGE Conference and Colorado Gold Rush and what transpired at them for the folks that couldn't attend.

They have been invaluable in helping transpeople in the United States get organized as a national level community over the last 20 years. We get to spend a few days gathered in a locale sharing information, getting connected, forming friendships and networking with other activists.

The experiences I had at SCC and IFGE conferences in 1999 and 2000 were so critical to my development as a national activist I saw the need to have the same type of event available for people of color. I helped organize a group of African American transpeople to form our own conference called Transsistahs-Transbrothas in 2005-2006.

I'm happy to see that our transbrothers and transsisters in other parts of the world are doing the same thing in order to coordinate their efforts, and get organized on a national, regional and sometimes international scale.

Whether it's events like the 2007 Pan African one in Johannesburg, SA or the growth of Gender DynamiX as a strong voice for transpeople in South Africa and the African continent, gatherings such as the European Transgender Council event in Berlin last year, the education efforts by STRAP in the Philippines or the upcoming national conference sponsored by Agender that will be held Queen's Birthday weekend May 29-31 in New Zealand's capital of Wellington, these events are valuable for building community, networking, strategic planning, and educating allies and supporters about our lives.

With report after report by various international organizations detailing just how marginalized we are and how much work we have to do to change that, these conferences are vital pieces of the organizational puzzle. 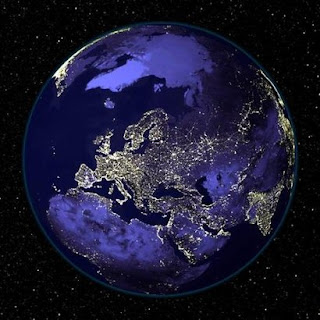 They are so important to transgender community organizing efforts that serious thought needs to go into making these events affordable. There are people who would love to be there for them, but finances won't allow them to participate. It's something I've griped about that's a problem for the large transgender conferences here in the States and I hope that mistake isn't being replicated elsewhere.

Our enemies who make up the Forces of Intolerance are networking, plotting, planning and coordinating their efforts as we do the same. We must ensure the message gets out no matter what part of the planet we inhabit that transpeople are human beings, too.

One day I hope I'll get the opportunity to deliver that message in person at your various local conferences around the world.

http://t-vox.org/index.php?title=Conferences is a great place to find Trans conferences around the world. It's a little sparse at present, especially for stuff happening outside the US, so folks should please add anything they can! I'd love to see it get a lot more up-to-date info. Some conferences have the dates listed for previous years because they haven't happened since, or if they have happened, no info was found online about it.