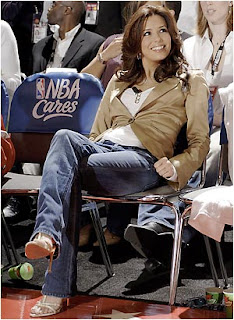 I began chuckling when I read a commentary about a recent Cosmo article that echoed one I wrote in 2004 about the transgender community.

In that column I skewered members of the transgender community who would echo that same tired meme of 'feminine women aren't sports fans'.

It mirrored a December issue of Cosmo in which the so called male guru tried to say that a woman who likes watching sports would be single the rest of her life.

Yo Cosmo, join the rest of us in the 21st Century. There are women who like watching sports and not just because their boyfriends or husbands are playing on the team. One of my exes before I transitioned used to win drinks in clubs from guys because they foolishly underestimated the depth of her sports trivia knowledge. 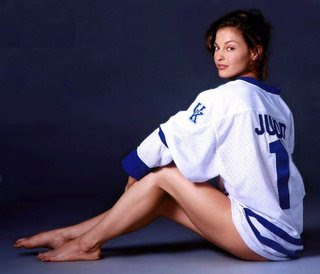 I used to have a CAL coworker named Lucy Schroeder who was a rabid sports fan. We spent break times and dead time on flights we worked together talking about various sports, the Comets and her beloved Dallas Cowboys.

In the interest of full journalistic disclosure, for the record, I can't stand the Irving, oops Arlington Cowchips.

When I read this BS I also thought about UK superfan Ashley Judd. She's got floor seats at Rupp Arena to watch her beloved Wildcats.

She's such a devoted University of Kentucky sports fan that when the hockey team made a promotional poster to raise money for the program, it included a picture of her in a UK hockey jersey. When Ashley isn't making a movie and it's college basketball season, you can bet she's watching her beloved Wildcats playing ball and screaming at the SEC refs at the top of her lungs whenever they make a boneheaded call. And like many Texas women, Eva Longoria Parker not only loves football, she was a basketball fan before she met and married some point guard for the San Antonio Spurs.

Holly Robinson Peete not only is a huge NFL football fan, she wrote a book about it to help women understand and enjoy the game. Peeps who teach the courses to supposedly help women understand the game quickly discover that women football fans are far more savvy about it than they are given credit for being and ask some sophisticated questions far in excess of their male counterparts. 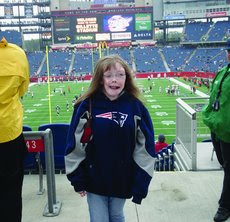 Don't even get me started about the legions of women who watch NASCAR events, collegiate sports on both the men's and women's sides, NBA and WNBA basketball, are baseball fans, et cetera.

Some of them not only are fashionably attired sometimes when they do attend these games, some even happen to be married.

But don't hate if some of these women know more about sports trivia or in game strategy than some of you red blooded males do.
Posted by Monica Roberts at 11:01 PM

Alyssa Milano is also a major female celebrity sports fan, and has a line of licensed clothing and gear with sports logos for women who are tired of having the only thing in women's sizes being their team's logo on a pink curvy t-shirt. She's been talking about it Twitter for ages.

I don't get this idea, at all.

If I had a few million dollars I would ban NASCAR forever. First we all know who like NASCAR.Second how is sitting down driving a car a sport ? A.J. Foyt and some of the racers (or is it racists) were on the chubby side.