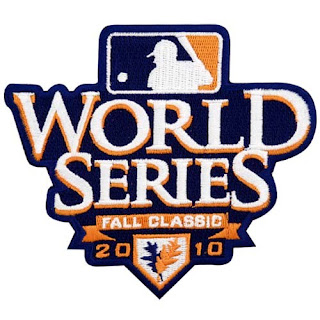 I was happy to see the Texas Rangers finally win the American League championship for the first time in their club history against the Evil Baseball Empire (the NY Yankees) last week.

Leading up to the initial game of the World Series last night I was torn between rooting for the home state team even if they do play in (yuck) the Dallas metro area and the National League champion San Francisco Giants.   Ranger manager Ron Washington is seeking to become only the second African-American manager to win a World Series title, team president Nolan Ryan used to be an Astro and I was leaning slightly in the Rangers direction.    But Giants manger Bruce Bochy once played for the Astros as well.


But after some comments from some nekulturny Rangers fans branding this edition of the 2010 World Series as the 'Steers vs Queers' and this blog post letting fly with homophobic commentary aimed at the city of San Francisco and midterm election Teabagger rhetoric, I'm picking a side now.

Karma rhymes with witch doesn't it?