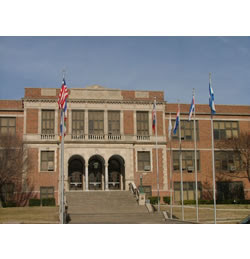 The eyes of Trans Texas and the TBLG nation will be focused on North Dallas High School today.   We'll be waiting to find out if trans teen Andy Moreno is one of the three finalists for the school's homecoming queen or see if she has been screwed out of an opportunity due to administration intolerance to continue on her quest to become it and Texas' first trans homecoming queen.


One of the things that has been wonderful to find out as this story develops is that Andy not only has the support of her classmates, some faculty and staff in her quest to become North Dallas High's homecoming queen, she has the support and love of her family as well. 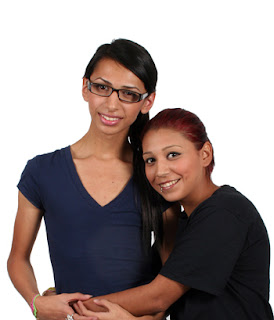 Her sister Daisy was the one who contacted the Dallas Voice and got the initial wave of press coverage started, and her mom sister and others have made the signs and Team Andy shirts that have been popping up all over the Uptown Dallas school to the chagrin of principal Dinnah Escanilla and her cadre of transphobes.

Escanilla has reportedly called Andy a 'transvestite'  according to the article published in the Dallas Voice and made some other demeaning comments as well.

But if she wasn't trying to make waves in her first year as principal, she failed miserably in accomplishing that goal.

The ballots have been or are being counted, and we should hear news soon about whether Andy is a finalist for prom queen or whether this escalates to another level
.