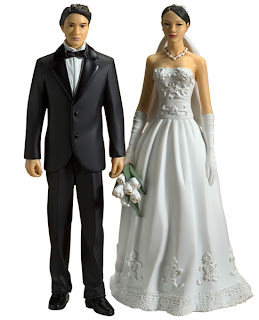 Ms W., the transwoman who was fighting to marry her boyfriend, lost her legal challenge today (Tuesday Hong Kong time).

Ms. W argued that her rights under Hong Kong's Constitution and the Bill of Rights were violated   Hong Kong's Registry of Marriages only allows cis men and cis women to get married.

Interestingly enough. transpeople are allowed to get married in mainland China, but since Hong Kong is a Chinese Special Administrative region, it is governed by its British colonial era laws.

High Court Judge Andrew Cheung ruled that he saw no evidence to support "a shifted societal consensus in present day Hong Kong regarding marriage to encompass a postoperative transsexual."

Cheung stated he is "acutely conscious of the suffering and plight of those who suffer from transsexualism, and the prejudice and discrimination they face as a minority group in our society."

Judge Cheung added, "That alone, however, is quite insufficient to found the fundamental change in the law sought by the applicant in the present case."

Hong Kong Human Rights Monitor Director Law Yuk-kai criticized Judge Cheung's approach of deferring to mainstream social values.  "A person's basic human rights are not dependent on majority acceptance," he was quoted in an AP interview. "The public doesn't have the right to impose its values on other people." 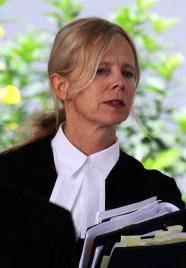 Law added, "There is room for a more liberal interpretation."


In case you were wondering what the next steps are in this Ms.W case, her attorney Michael Vidler said his client plans to appeal.

"She is determined to be treated as a woman and accorded the same rights as a woman," Vidler said. "She still cherishes the hope that she'll be able to marry her boyfriend — maybe not today, but in the near future."

Thanks Monica Carss-Frisk and Judge Andrew Cheung.  Hope you both can sleep at night and enjoy the checks you receive from the Hong Kong government knowing you both played major roles in enabling discrimination against trans people to continue.