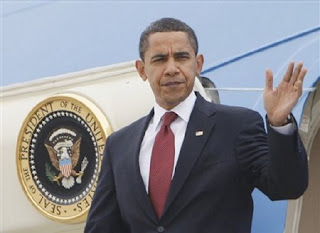 Seems that Moni isn't the only one seeing the Grand Canyon sized double standard that President Obama is operating under and the overt and covert racism he's having to battle while doing so, even amongst his so-called allies.

And calling out that double standard and the hair trigger knee jerk reactions to anything President Obama does they don't like does not make me an Obamatron, Obamagist or whatever derisive names Obamahaters come up with.

I'm having to do on an almost daily basis call out the white GLBT community on this and point out how much this double standard is pissing off the African American GLBT community and our allies.

But hey, to make the point I'm not the only person of African descent pissed off about the presidential double standard I see,  peep what Gerald A McIntosh wrote about it.

I expected that his winning the Presidency would bring out some ugliness, but it's been far worse than I imagined. The racism coming from the Right is obviously clear and shameless, but there's also some hidden and maybe subconscious and disturbing underline tone behind some of the things that I read here and throughout the Left blogosphere, even before the end of Obama's first year - 'He's weak, he's spineless, he's got no balls, primary him in 2012'. It'll be dishonest to deny that.

The fact is that for millions in America , Barack Obama is this uppity black man (Not even a "real" black), who received good education only due to affirmative action, and has no right to litter the sacred Oval Office with his skin color. They just can't accept the fact that the president is a black man, who unlike his predecessor, was actually legally elected. But what's really sad is that it's not just the fringe, its deep deep in mainstream America .

Here's a link to the full post from Gerald A. McIntosh courtesy of the Chris' Rants and Raves Blog and  Things According To Me.


H/T Chris' Rants and Raves, Things According To Me