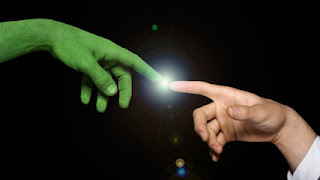 The Roman Catholic Church has not been shy since 2003 of expressing their hatred and dislike of transgender people to the point where even Pope Benedict XVI has used his Christmas Eve message to declare transpeople a threat to the survival of mankind.


Last month, in a shake your head moment, the official astronomer for the pope, Guy Consolmagno  told the Guardian that if intelligent life is found elsewhere in the universe and it would like to be baptized in the Catholic faith, they would do so.

That hard up for new converts to the flock, eh? 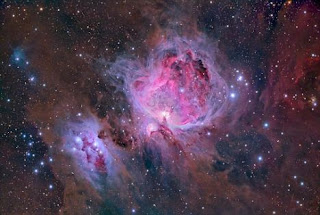 I find it ironic that you would be willing to baptize ET, but you are kicking transpeople out of your churches and parochial schools with the quickness.

You need to phone home to Rome and tell Pope Benedict and the gang to stop listening to Dr. Paul McHugh and come to the same conclusion that you came to about ET having a soul.

What you said about ET also applies to trans people walking on Planet Earth.   We are intelligent life inhabiting this galaxy and solar system that has a soul and news flash, some of us are already Catholic

So before you start making plans to rush out to deep space and send missionaries to convert ET, you need to take a long, prayerful look inside and outside the Vatican and reverse those' hate on transpeople' policies, doctrines, and hate speech aimed at us you unfortunately came up with that are fueling discrimination and violence toward fellow human beings..