We are less than two weeks to election day here in the States and both parties are making that final push to the November 2 finish line as early voting starts in several states including Texas. 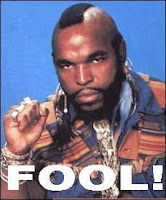 So that leads me to ask this question.  If you're so sure you're going to win and 'the American people' (translation 'scurred' neo-Confederate white voters) are down with your kiss corporate behind policies and will be swarming the polls, then why you all up in my neighborhood trying to prevent me from voting?

While those knuckle dragging political missing links are trying to figure out the answer to that question, let's segue into this week's Shut Up Fool Awards.

We had a bumper crop of fools to choose from this week.   Juan Williams, who finally got fired from NPR for his anti Muslim remarks on Faux News (and got a raise at Fox) , Michele Bachmann, Glenn Beck, Christine O'Donnell, Sharron Angle, Bill O'Reilly, Rand Paul, and Sarah Palin

And at the rate Christine O'Donnell is going, she's one of the leading candidates for this year's Shut Up, Fool! of the Year award.. 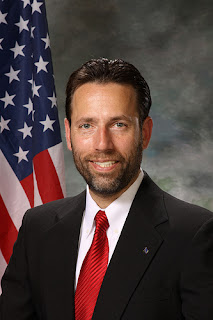 But this week's winner is Alaska Tea Klux Klan Senate candidate Joe Miller.   When asked for his suggestions at a Fairbanks town hall on what we should do to stop the flow of undocumented immigration into the country, Miller brought up the dearly departed DDR.

Um Joe, maybe it escaped your attention, but the Deutsche Demokratische Republik built the 'Antifascist protection barrier' to keep its people IN.

Oh, by the way, the fortified border worked so well East Germany went out of business 20 years ago this month.

But then again, you Republicans always admired repressive regimes.    Maybe I should get you a copy of 1378 (km) for Christmas.