Do You Ciswomen Define Yourselves By Your Genitalia Only? 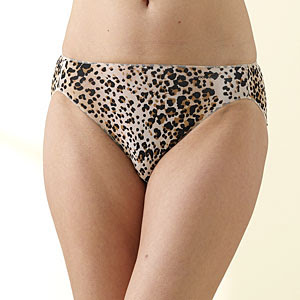 While searching for the latest news about the Andy Moreno saga, stumbled across this borderline transphobic Chick Talk Dallas post on the issue

Andy has been transitioning since her freshman year and lives full time as such, so yes, she does have the right under DISD's own non discrimination policies to run as homecoming queen.


But my question to you and any other cis woman is this?   Do you define yourself strictly by your genitalia?   If you don't, use a combination of other factors to define your femininity and believe that it's unacceptable for you to be defined by your genitalia, then why do you and other cis women insist on that standard for Andy Moreno and any other transperson on the planet? 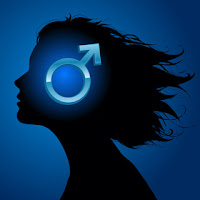 Women are made, not born as the philosopher Simone de Beauvoir once stated.  Femininity is learned and constantly evolving behavior. .

Indeed, one of the tenets of feminism is that 'biology is not destiny'.    However, when it comes to transwomen, not only do radical feminists ignore that simple truth, many ciswomen of all stripes do so as well.

Some of our detractors are quick to throw in our faces the fact that transwomen cannot menstruate or give birth to children.   But there are ciswomen who have the plumbing and cannot give birth as well for various reasons up to and including those who go through menopause, and we don't see you haters to strip them of womanhood.  .

Don't  even try to bring up the chromosome argument.

You know, the XX= female and XY= male one.   Better pick up a science book before you try to throw that shade.  There are women walking around on this planet who have XY chromosomes, and men with XX.   That's before I even start making your head spin with the 20 plus other combinations such as XXY,  XXYY,  XXXY and other chromosomal combinations such as Klinefelter's Syndrome and Androgen Insensitivity Syndrome

Medical science has discovered in various studies that  transwomen have biological similarities to women; they tended to have fewer somatostatin (growth regulating) neurons than the average man, for example, and the ratio of their index and ring fingers (also known as 2D:4D, a common proxy for androgen exposure in utero) was higher than it usually is in men, closer to the average female ratio, and gender identity is hard wired before birth.

It is increasingly becoming apparent that nature has other ideas that clash with the human crafted binary gender system.    What makes a man or woman in society's eyes is simply not defined by what's between our legs and that's it.   It's a combination of factors that includes socialization into male and female gender roles, personal perceptions, comfort with those gender roles and secondary gender characteristics.

If that standard is good enough for you ciswomen in other situations, then why is that standard all of a sudden chucked to the side when it comes to us transwomen?