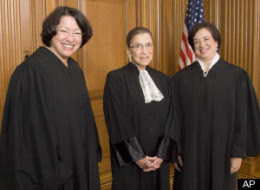 It's the first Monday in October, and that means another historic Supreme Court term started today with Justice Elena Kagan joining the court.

It's the first time in American history that three women have sat on the Supreme Court and hopefully an African American woman will join them one day to counteract Clarence Thomas acting as Antonin Scalia's ventriloquist dummy. 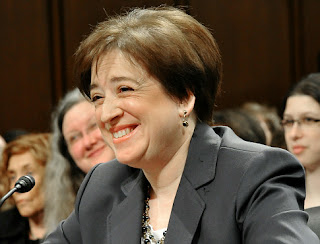 Since Kagan was Solicitor General, any cases that show up on the Supremes docket this year she'll have to recuse herself from, which lends itself to possible 4-4 deadlocks on some issues until the cases she litigated finish percolating through the federal court system.