Time To Deal With Bullying, Period 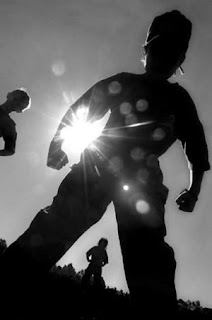 I'm happy the stories about the 7 kids who took their lives because of bullying has triggered a much needed national discussion on the issue.   They also hit close to home for me because I was on the receiving end of bullying for several years starting in second grade.

The frequency of it dropped after a third grade fight in which I was forced to take on three kids at recess.   When I appealed to a teacher for help, she refused to intervene and added, "your sissy behind needs your butt beat."

The only butts that got beat that day were my tormenters.   As a TK I was so taken aback by her response and pissed off about it that before I hit the playground I'd already figured out I needed to reduce the three-on-one fight to a one on one battle with the person who instigated it in the first place.

I kicked two of my tormentors in the family jewels and hit both in the stomach to take them out of the fight, then focused my anger at the teacher's comment on the last tormentor standing to the point I gave him a black eye and busted lip.

I came out of the battle unscathed but guess who ended up in the principal's office that day for a fight they didn't start?   The only benefit of that fight was for the rest of the school year no one else messed with me.

Being on the receiving end of bullying was a jacked up experience for me and my memories of it are rooted in the 70's. I can't imagine what it's like in 21st century America with Facebook and Twitter around to amplify the abuse and make it worse.

Class size and whether you are in a public or private school environment doesn't matter either.  I've heard of bullying incidents happening at private 'Christian' schools as well, and as we have seen this week, persistent bullying can lead to tragic consequences for the person being targeted by bullying behavior as well. 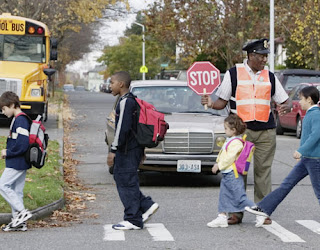 Those painful personal experiences are why I support bills such as the Dignity for All Students Act  and the Student Non Discrimination Act of 2010 that address the underlying discrimination issues or anti-bullying bills like DASA that cover gender identity and sexual orientation.   It is perceived transgressions of the gender binary that trigger much of the bullying of students in the first place, and there are other factors that play into this as well. .

The bottom line on why it needs to be dealt with is because it has a deleterious effect on the educational process.  If a kid is worried about whether they are going to get messed with at recess, on the bus, in gym class, at lunch or beat up before or after school, the last thing they are going to be focused on is the lesson of the day their teacher is trying to impart to them or their homework.

They also aren't going to be looking forward to going to a building that for them represents a personal house of horrors.
Posted by Monica Roberts at 3:00 PM