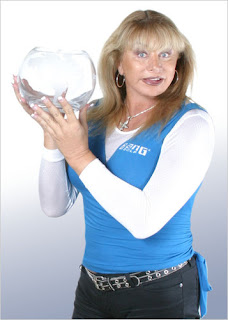 The LPGA policy has remained the same even though the International Olympic Committee changed its rules in 2004 to allow transgender athletes to compete if they have undergone reassignment surgery and at least two years of postoperative hormone-replacement therapy.

Several other sports organizations then passed their own policies permitting transgender people to compete, including the United States Golf Association, the Ladies Golf Union in Britain and the Ladies European Golf Tour.

“I think the LPGA. is really out of step with other professional sports organizations of its size, and it’s a wake-up call to other entities that we’re not going to tolerate discrimination based on gender identity,” said Kristina Wertz, the legal director of the Transgender Law Center in San Francisco told the New York Times in an interview.  She said California was one of 13 states, and the District of Columbia, that had laws prohibiting discrimination on the basis of gender identity.

The 57 year old Lawless underwent gender reassignment surgery in 2005 and in 2008 won the women's world long driving championship by whacking a 254 yard drive into a headwind.

She was ruled ineligible for the 2010 edition of this competition overseen by Long Drivers of America when it changed its rules to match the LPGA.   It begins Thursday in Danville,CA.

“It’s an issue of access and opportunity,” Lawless said in a Tuesday telephone interview. “I’ve been shut out because of prejudice.”