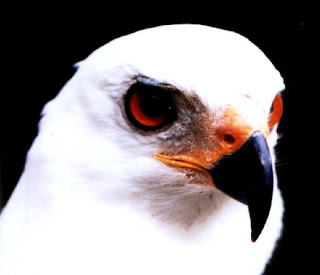 Had a blast getting to see my Falcon classmates for the first night of our reunion weekend.    The best part was I had a pretty good success rate associating names to faces without resorting to name badges.

It's a little different vibe for the 20 year one in 2000 since for many of my classmates then it was the first time seeing Moni on the correct gender team.   Now it's ten years later and I already had the 'Most Changed Award in hand from the 2000 one and I was 60 pounds lighter.

I blew up to 260 after starting HRT in 1994 and combined with the fact I love to eat and Houston establishments because of the cutthroat restaurant environment serve large portions, it's a recipe for weight gain.   Louisville didn't help.

We set our reunions up as three day weekends, with an initial mixer party on Friday, a brunch and semi-formal dinner on Saturday, and a picnic on Sunday.   Weather is cooperating this weekend with beautiful not a cloud in the sky conditions and low 80's temps and humidity.

Decided to arrive at the aptly named Gatherings in Bellaire early in school colors (black, gold and white)  majority of the crowd started arriving about 8 PM and the conversations were in full swings by then.

Many of them the conversations were about kids in college, jobs, the lack of them, being close to retirement, jokes about how we don't have 20/20 vision any more, not being able to get down as low on the dance floor as we used to, dreading the arrival of AARP cards in the mail, or no longer shutting down nightclubs like we used to back in the day because we have earlier beditmes.

I brought my memory book, and it turned out I was one of the few people that did.   Made me very popular because I saved everything that year.   Mine contains a ticket stub from the homecoming game  ($1 student rate then) , the senior class night programs, the program from graduation, my class rank slip  (with honors)  the program and my extra ticket from the prom,  invites from the graduation parties I attended, and even pictures from my junior high days.

Sadly, one of the junior high pictures was of my classmate Vonda Higgins, who later went to the high school I was zoned to, Ross Sterling.    She became an award winning HPD detective who was shot and paralyzed while on duty during a February 1998 drug bust that went horribly awry.   She retired from HPD in 2001 and just recently passed away a few weeks ago from complications after a major auto accident.

Seeing those pictures that I'd taken back in the late 70's triggered a lot of memories.  We also made new ones as group pictures were the order of the evening.

Homecoming game is next weekend October 16, and looking forward to getting together with my fellow Falcons again and cheering on the three time 21-4A District champs against Booker T Washington.

Will post the pics later as I get them.

One day down, two to go.