Negro GOP Congressional Candidates Mad Because They're Being Ignored By GOP 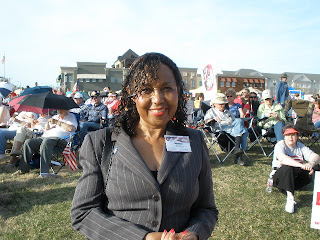 Was chuckling over a report that campaign managers for three GOP congressional candidates, Chuck Smith in Virginia, Charlotte Bergmann in Tennessee and Marvin Scott in Indiana are upset because they have received no support from the Republican party.   They are sentiments and complaints echoed by the other 14 conservanegro Republican candidates in this election cycle as well.

Duh, wake up and smell the Oreo cookies baking in the oven.

Did you not think that the anti-Black rhetoric being uttered by your fellow vanilla flavored conservafools didn't apply to your sellout delusional behinds?   It's past time for y'all to check the alarm clock and wake the hell up

If you are a Black Republican bristling over the fact that I called these candidates sellouts, tough.   You are a sellout if you support failed economic, social and political policies that are going to harm the vast majority of your people while you and the majority group you shill for benefit personally from them. 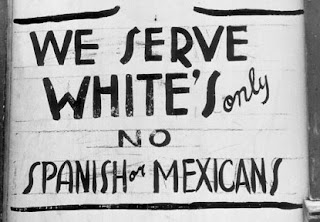 As for the weak argument that we need to as a people to be involved strategically in both parties so that they 'don't take us for granted' that is also being spouted in GLBT circles right now, on paper that would be a logical strategy if the Republicans were honestly proposing and enacting policies that benefited the African American community.

In the current American political climate in which the GOP is going to the fascist right to lock up the white bigot vote while demonizing non-whites, it ain't and doesn't work

If you think I'm kidding, ask the Latino community how well it's worked for them.  Note all the anti-Latino hatred coming from the GOP right now despite Latinos voting in large numbers for them in the 2000 and 2004  election cycles

A minority group cannot afford to disperse its vote and history teaches us that there's power in concentrated bloc voting numbers.  Latinos tried that dispersal strategy and guess what, they still got played and disrespected by the GOP.

As Jackie from the Things According to Me blog stated on the discussion we had on my Facebook page on this topic: 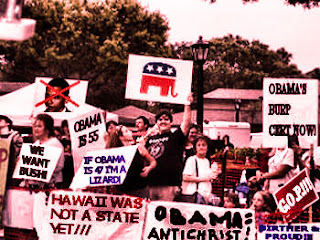 The GOP and it's ummm.. affiliates today make it illogical to be supported by black people or black politicians. If it were only political ideological differences we were talking about, I'd agree that we should consider giving the Repubs a serious look.


But, it's also hate, bigotry, obstruction and racism that's front and center on the right. And, the GOP does not seem to care if we vote for them. They make no effort to consider us in their platforms in any way.


No, they don't, they haven't and won't ever since they started courting the Dixiecrats in the late 60's early 70's and crafted the odious 'Southern Strategy'. 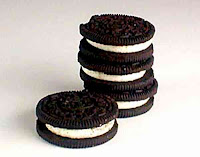 But back to the cookie chomping negroes running for Congress under the GOP label.  Have fun losing your races next Tuesday.  In a predominately Black congressional district or any political race a sellout Republifool can't get elected to dog catcher, much less a congressional seat unless they are running unopposed or the Democrat is a truly atrocious scandal-ridden candidate.

Until the African-American Republican gives us a reason to consider voting for them by consistently supporting policies that will benefit us, and vigorously compete for our vote instead of trying to be more conservative than their white brethren,. that will continue to be the case for election cycles to come.