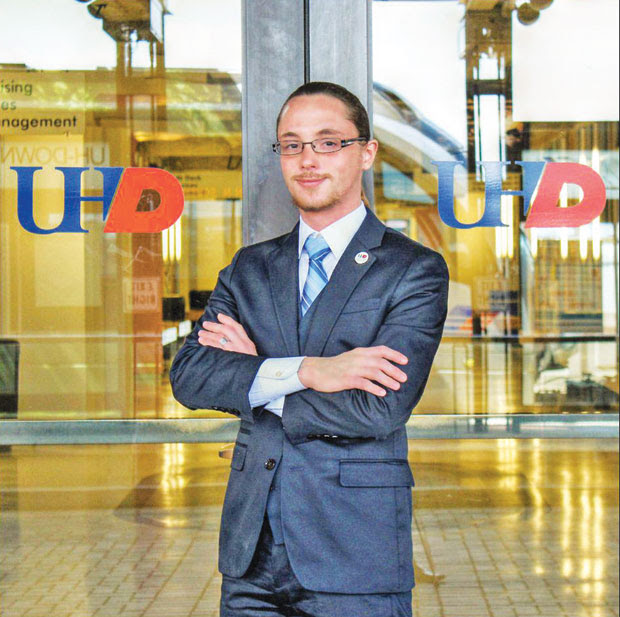 If Kristopher Sharp and the students of UH-Downtown get their way on Friday, UHD will become the first school in the Houston area and the second in the state of Texas with gender neutral restrooms.

A proposal is being considered by the UHD student government association on January 10 that would designate two bathrooms (one male, one female) in each of UHD's three buildings as gender neutral restrooms open to anyone.

UHD student body Vice President Kristopher Sharp is pushing the initiative after hearing of trans and gender variant students being either harassed or made to feel so uncomfortable they refrain from using the on campus facilities.

Ever since Sharp's election as student body vice president last April, he has been busy addressing some of the groups that have felt marginalized on campus versus the rest of the student population.

Sharp helped create a GLBT resource center on the UH-Downtown campus, amend the nondiscrimination policy to include sexual orientation and gender identity in the student handbook, and create a diversity committee in the student government focused on finding underrepresented populations, such as international, veteran and LGBT students. A similar diversity committee was also created for administration for faculty, staff and students to look at diversity issues at the university. 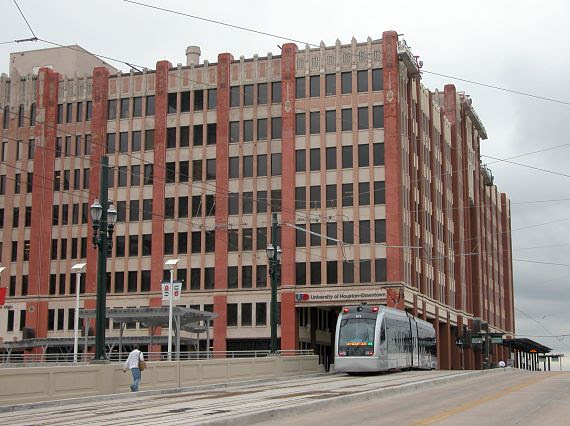 Sharp wrote up the proposal after hearing stories about a transfeminine student being confronted twice in the women's restroom.   It also has the advantage of being a quick and cheap solution since it requires only a new sign (and possibly instructions) on the door.

The proposal also affects only six of the 60 bathrooms on the UHD campus.

University officials have been working to address the problem by building lockable single stall restrooms of which the first is scheduled to open in February according to John Hudson, director of UHD's new Center for Student Diversity, Equity and Inclusion.

"Others we hope would come on line later in the year," Hudson said in a Houston Chronicle interview.  The administration's plan calls for a total of five private restrooms - one in each main building, one near the auditorium and one at the sports center, he said.

Good luck and hope that proposal gets the unanimous vote and passage it deserves..
Posted by Monica Roberts at 12:00 PM