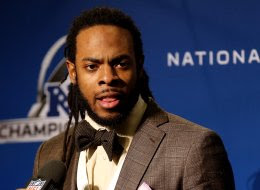 I watched the NFC Championship game on Sunday between the Seahawks and 49ers and saw the post game interview Erin Andrews conducted with him after he made the game saving play to send his team to the Super Bowl.

I didn't see anything out of the ordinary.  I saw it simply as an athlete who was talking smack to his just vanquished opponent that he has a history with after a hard fought NFC title game

So imagine my shock to see White America losing its collective minds over the post game interview, calling a man who graduated from Stanford a 'thug' and releasing a torrent of racist commentary afterwards. 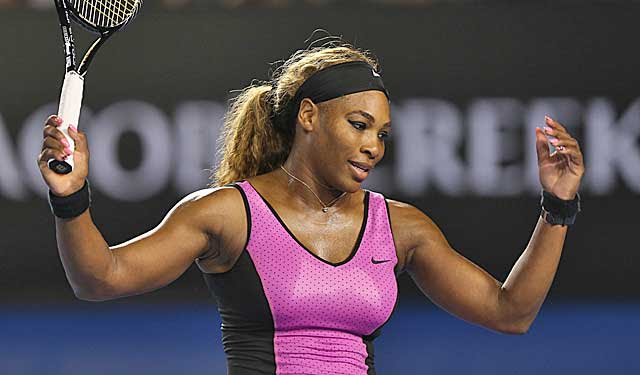 Then again I shouldn't have been surprised by White America's nearly instantaneous racist reaction to it.

Something that is not being talked about is the same thing happening to Serena Williams last weekend after her loss in the Australian Open quarterfinals to Ana Ivanovic.

She is also getting called a 'thug', being compared to simians and on the receiving end of post-match racist slurs aimed at her.

Only difference between her and Sherman is because Williams is a Black female athlete, the commenters are tossing in misgendering and transmisogynist slurs into the hateful stew of insults they aim at her. 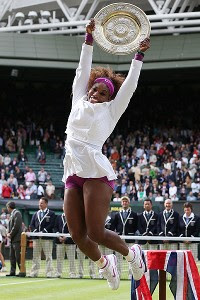 It's one of the major reasons I hate it when Serena does lose a Grand Slam match and I rub it in when she wins those majors.   I'm beyond sick and tired of being sick and tired of the knuckle dragging racism and transmisogyny that comes out when she does unexpectedly lose a match.

Serena is still going to go down in history as one of the greatest women's tennis players ever.  You vanillacentic privileged peeps slamming her also can't stand the fact she routinely beats your European tennis glamazons with almost boring regularity, draws viewers to those Grand Slam or any tennis matches and clocks more dollars than you people who have vanilla scented privileged hate for her ever will.

But back to talking about Richard Sherman.  He's absolutely on point when he notes that 'thug' is the new code word whiteness uses to denigrate Black folks since they can't openly use n----r anymore unless they simply don't care what other white peeps think about them.

I find it mind numbingly head scratching that he even had to apologize in the first place.  For what?  Because white peeps fee-fees were offended that he called out another NFL player?  That he told the truth to a national audience about being the best cornerback in the NFL?   The stats and his play this season and cumulatively over the last three years back that up.

I personally watched him singlehandedly change the course of the entire 2013 Texans NFL season with his Week 4 pick six that tied the game and eventually allowed the Seahawks to escape Reliant Stadium with a 23-20 overtime win.

Please spare me the 'Tom Brady and Peyton Manning don't do that' line.   They don't have to because the predominately white male dominated sports media does the bragging and belittling of their opponents for them.   And if Brady and Manning were trash talkers, the sports media and all these people hatin' on Richard Sherman for doing so would be calling it 'refreshingly candid' if those words were coming out of Manning's or Brady's mouths.