Using Our Pain To Make You Money

Back in 1925, Maxon Lester Graham and Adelaide Burt started with a $50 investment a restaurant in Salt Lake City called The Coon Chicken Inn.

It had an entrance designed to look like a smiling blackface picture of an African American porter.   As you approached The Coon Chicken Inn, you would see a large head with huge lips and a porter’s hat over the exaggerated features that portrayed African Americans as a denigrated cartoon character. Customers would enter the restaurant through the sculpture’s mouth, and the trademarks and advertising for the restaurant featured the same reprehensibly racist caricature.

Items on The Coon Chicken Inn's menu were southern fried Coon Chicken sandwiches and the Baby Coon Chicken special.  African Americans were hired as waiters, waitresses, and cooks but were discouraged from frequenting the venue as customers or enjoying its dance floor.

The karmic wheel caught up with it in early July 1927 as the restaurant caught fire sometime around 6 PM.  But a group of 50 people rebuilt the Coon Chicken Inn and had it back in operation within days.  The Coon Chicken Inn later expanded to Portland and Seattle and the chain's three locations were in operation until the late 1950's

I tell that piece of Black history to point out this isn't the first time a white restaurant owner has used racism for fun and profit.   In January last year the news went viral about a Mexican restaurant owner in South Carolina there using racism and xenophobia to boost her business.

Leanne Snelgrove owns the Taco Cid restaurant in Columbia, SC and her vanillacentric privileged behind thought it would be a hilarious and wonderful idea to promote her restaurant with an offensive T-shirt that states 'How To Catch An Illegal Immigrant'.

It has a graphic of a box trap propped up by a stick with two tacos underneath it that employees of the eatery also wear.

It went viral after Corey Hutchins took a picture of this full of fail shirt and posted it to his Twitter account.   Predictably, Snelgrove doesn't think the shirt is racist and proceeded to whitesplain it in media interviews and on the restaurant's website. 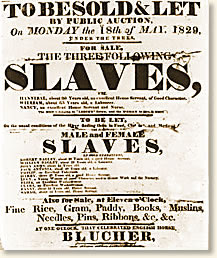 So for you peeps still trying to defend Ani DiFranco for her fauxgressive frack up last week, just stop.  The visceral reactions of Black women and the African-American community to the now cancelled plantation retreat and the initial fauxpology come from this long four century history of whites choosing profits over the humanity of non-white people, be it cluelessly or deliberately.


It’s so cute when white-owned businesses, restaurants, etc., in an effort to prove how bold, hip and modern they are, hide behind marketing campaigns in demonstrating their resentment of people of color and other marginalized bodies all in the name of sticking it to political correctness. I can’t imagine just how awesome these folks must feel to know their creativity is so dismal that they have to step on the backs of oppressed groups just to get ahead. - See more at: http://newblackwoman.com/2013/01/11/today-in-post-racial-america-restaurant-uses-xenophobia-to-promote-business/#sthash.ZT3Pxpk3.aFldB9ik.dpuf
We're tired of you using our pain to make you money, and hope that message came through loud and clear during that dustup.

Sadly I have the feeling it didn't