Women Finally Get To Fly At Sochi

From the ski jump hills that is.

Since the 1998 Nagano Games female ski jumpers around the world have been petitioning the IOC and FIS, the International Ski Federation to add women's ski jumping to the Olympic program.

In 2010 a group of 15 ski jumpers that included women's world champ Lindsey Van filed a discrimination suit against the Vancouver Organizing Committee that went to the British Columbia Supreme Court.   The suit was unsuccessful, but in April 2011 women's ski jumping was finally added to the Sochi Olympic program and a women's World Cup ski jumping championship competition started.. 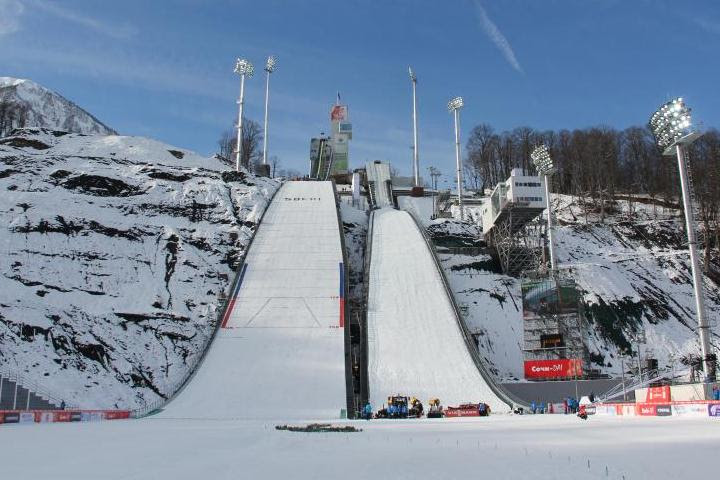 So now, 90 years after ski jumping made its Olympic debut at the 1924 Winter Games for the men, women finally get their opportunity to do the same in Sochi.

But what a lot of women ski jumpers suspect was the reason for the far too long time lag in adding women's ski jumping was the Victorian attitudes of predominately male FIS federation heads that ski jumping would damage the reproductive health capacity of the female competitors combined with the macho culture of international ski jumping.

And yes, that attitude recently reared its head when Russian men's ski jump coach Alexander Arefyev was quoted in a recent Izvestia newspaper interview that he is not an advocate of women's ski jumping because of the sport’s injury risks and saying women’s purpose is to have children and do housework.

Even though the first Olympic competition is taking place during these Sochi games after an over ten year battle, women jumpers are only getting to compete in one event on the normal (K95) hill.   They will not have a competition on the large (K125) hill or a team competition in these games like the men will get to do.

But that's a fight for another Olympiad.  It'll just be fun to see women's sporting history happen on February 11.
Posted by Monica Roberts at 12:00 AM