Lolo Jones did make it onto the women's team as one of the three push athletes along with fellow Olympic sprinter Lauryn Williams and Aja Evans.

The US bobsled team drivers will be Jamie Greubel, Elana Meyers and sister Jazmine Fenlator.

Jones and Williams by making the team also made a little sporting history by becoming the ninth and tenth Americans to make a Winter and Summer Olympics team.  Williams was a 100m silver medalist at the 2004 Athens Games and won gold in the 4x100m relay at the 2012 London Games.

Jones will be in search of the Olympic medal that keeps eluding her.  She was on her way to victory in the 100m hurdles at the 2008 Beijing when she clipped the last one and fell.   In London she finished fourth and after being asked to try out for bobsled team made it and medaled in her first World Cup race. 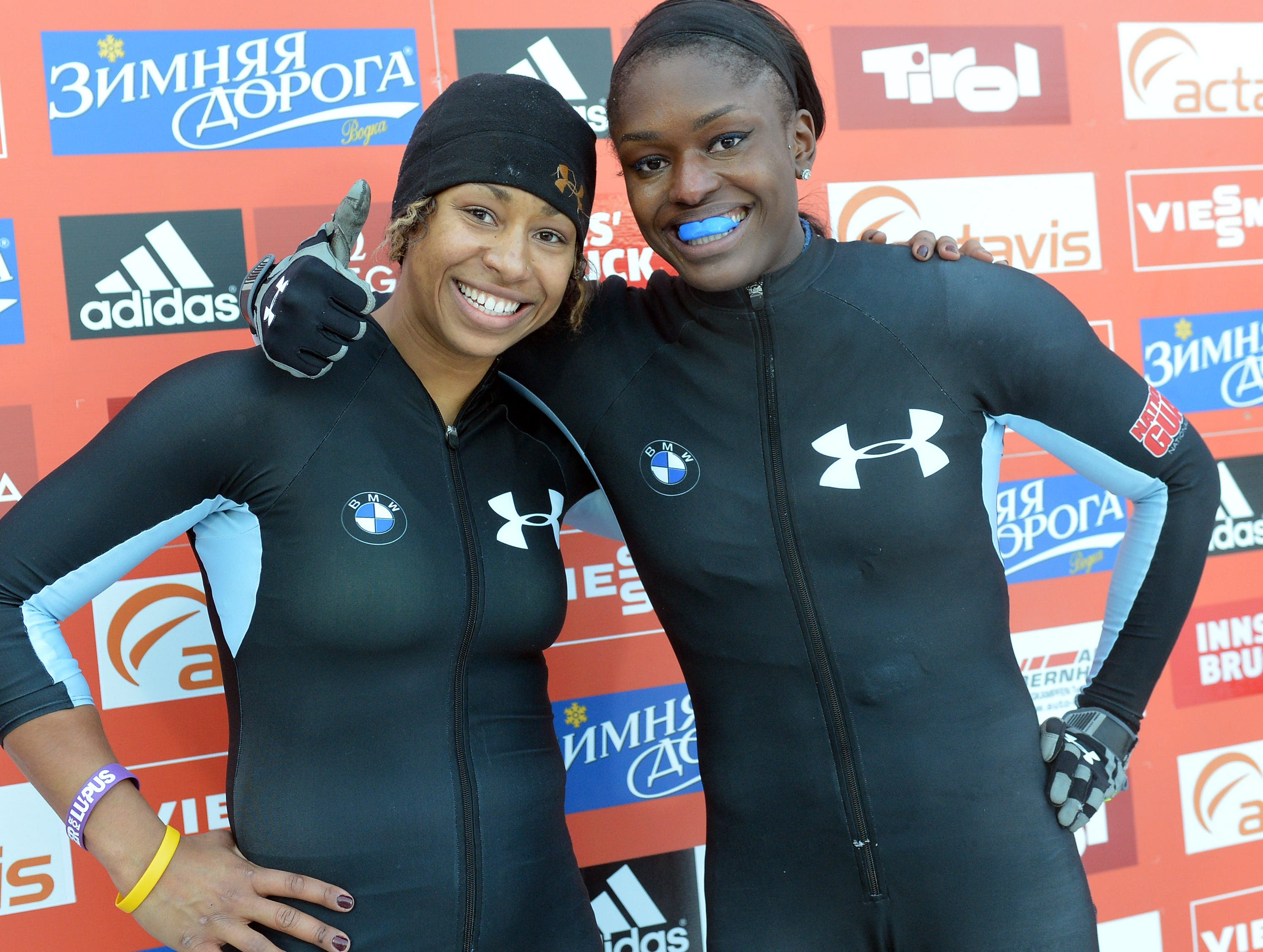 So hopefully the Olympic medal will finally happen for her in Sochi.  She and the other US women want to keep the tradition going of a US women's sled collecting a medal in every Olympiad since the women's Olympic bobsled competition started in 2002.

If she does so, Fenlator would be the first to do so as a bobsled driver.

So I'll definitely be tuned in when the women's bobsled competition starts February 18-19 to see how the Team USA women do in Sochi.