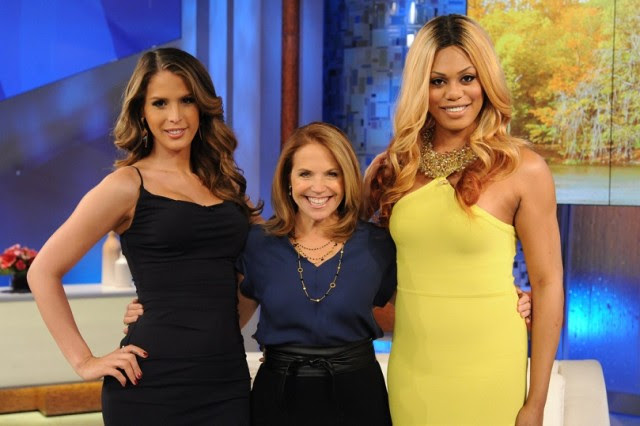 The Katie show that aired Monday featured Laverne Cox and Carmen Carrera.   That was the good news.

It's getting attention in a not so positive way because Katie Couric tried to go there on the genital surgery question with both Carmen and Laverne.

Pro Tip: Trans women are beyond tired of being asked about genitalia, and frankly that is in none of your damned business territory unless you want to date or get intimate with us.  Focus on what's between our ears, not what's between our legs.


Megakudos to Carmen and Laverne for gracefully deflecting and refocused those questions back toward general trans issue concerns.

For some reason when I tried to put the separate segments on the same page, the code in one would overwrite the other, so I had to put Carmen's interview in a separate post after trying four times to tweak the code so I wouldn't have to do that.