When Does Finishing In Third Place NOT Get You An Olympic Spot?

The various trials and selection processes to assemble our US Olympic team are happening as you read this in preparation for Team USA to go for gold in Sochi next month.

In many cases the criteria has been clearly laid our for every Olympic hopeful to know.  Perform at the trials and finish in the top three and you make the team.  In other sports the federation will select the athletes who go like in hockey or the bobsled and luge team.

So what many people are asking is how does a figure skater who finished fourth at the 2010 Vancouver Games, but didn't fall during her more difficult routine at the US Figure Skating National Championships and finishes third get bumped off the Olympic team by someone who finished fourth during the same event in Boston, has no Olympic experience and fell twice during her program?

And yeah, I'm going there.  How do you explain that snubbing US Figure Skating Association, when the skater who finished third was Asian but the one who cratered is a blonde haired blue eyed white female who has been the focus of NBC's pre-Olympic marketing of the games and spoken out against the anti-LGBT laws in Russia?

Can you say vanillacentric privilege?   Thought you could.

That's the question many people, and especially those of us who are non-white are asking in the wake of 20 year old Mirai Nagasu being passed over by the US Figure Skating Association and named an alternate on the team in favor of Ashley Wagner, the skater who fell twice during last weekend's US Championships that determined who would make the Sochi Olympic squad. 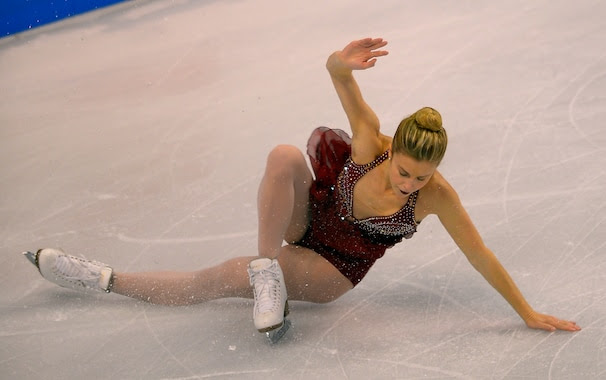 Unlike the US Track and Field trials and other sports, where the first three people across the line at the trials regardless of past performance make the squad, USA figure skating takes past performances into account and gives them an unspecified weight in the selection process.

Did vanillacentric privilege and bias become one of those unspecified factors that influenced the process?

Wagner was the two time defending US champion entering the TD Garden before that event.  She was a fourth-place finisher at the 2012 world championships and the fifth-place holder at the 2013 worlds.  But she cratered badly during this event and even admitted the pressure got to her. 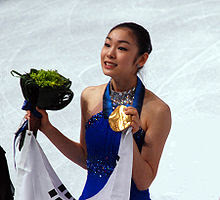 So if Wagner can't handle the pressure of the US Championships that determined who makes the US Olympic skating team going to Sochi, what makes her and the US Figure Skating Association think that she'll do any better when the pressure is ramped up several more notches and she's in the Iceberg Skating Arena at Sochi with medals on the line.having to compete against defending Olympic champion Kim Yu-Na of South Korea and defending Vancouver Games silver medalist Mao Asada of Japan?

Meanwhile Nagasu arrives in Boston without a coach, people gave her no chance of making the Olympic team, but when the pressure was on she performed when Ashley Wagner didn't.  As a matter of fact she was the only person out of the top four that didn't fall during this competition.   That says a lot about the mental toughness of Nagasu. 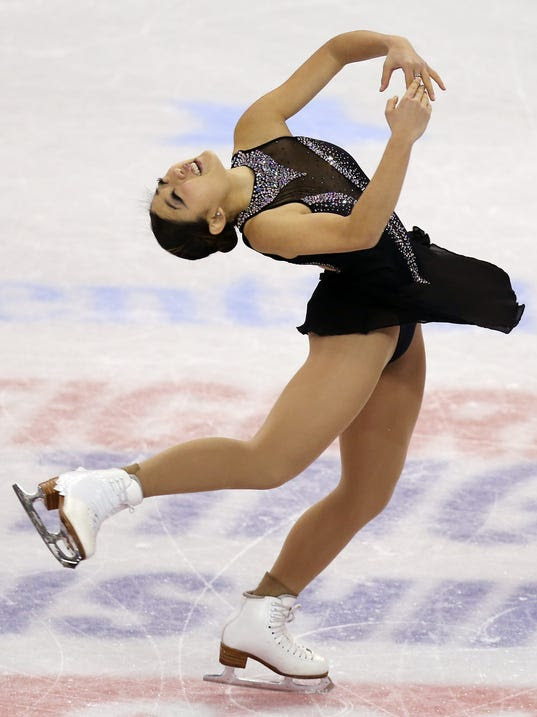 But barring an injury to the other three, Nagasu will not get the opportunity to go for the medal that eluded her in Vancouver four years ago.

And once again, a bitter lesson of American society gets harshly taught to its non-white residents.  No matter how good the person of color is or they earn their spot through their performance, merit  and hard work, whiteness will find a way to take it from them, hand it to a white person who didn't earn it and then try to justify and spin the reason they did so.

And FYI, here were the scores for the final night of competition.

If Wagner couldn't handle the pressure last weekend, that's nothing compared to the pressure and scrutiny that will be on her from now until the Sochi Games are over.

Wagner has to prove to casual fans who feel like Nagasu was screwed (and I'm in that camp) that she belongs on the team.  There's also a lot of people that will be tuned in February 19-20 ready to pounce if she falls on her pretty behind once again and fails to make the Olympic medal podium.

I have a feeling karma will be making an appearance in Sochi wearing figure skates.