You've heard and read the scurrilous attacks from the lying male chauvinist GOP pigs on Texas state Senator Wendy Davis, who is the Democratic candidate for governor.

There was even one from the GOP's favorite unwed mother, Bristol Palin who doesn't even live in my home state and had the nerve to part her lip and claim she was a better mother than Wendy.

Fool, you're not even smart enough to wear Wendy's pumps, so don't even try to go there.    Wendy also had something to say about the junior Palin's loud and wrong comments.

Davis' narrative in which she went from single motherhood in a trailer park to graduate at the top of her class from TCU and Harvard Law to become an attorney, Ft. Worth city council member state senator and now on the verge of becoming the 48th governor of my home state is a wonderful story.

If she had an 'R' behind her name, her narrative would  be thrown up in our face at every opportunity by the conservafools and FOX Noise as vindication of their 'pull yourself up by your bootstraps isn't America/Texas great?' propaganda.

But since Wendy has a 'D' behind her name, and is also a Democrat who has the best shot since Ann Richards in 1990 of taking the governors mansion back from the not-so dynamic rule of GW Bush and Rick Perry, and are genuinely 'scurred' of the prospect of Wendy Davis becoming the next governor of my home state, they have resorted to a new line of personal attacks now that the 'Abortion Barbie' line is pissing people off. 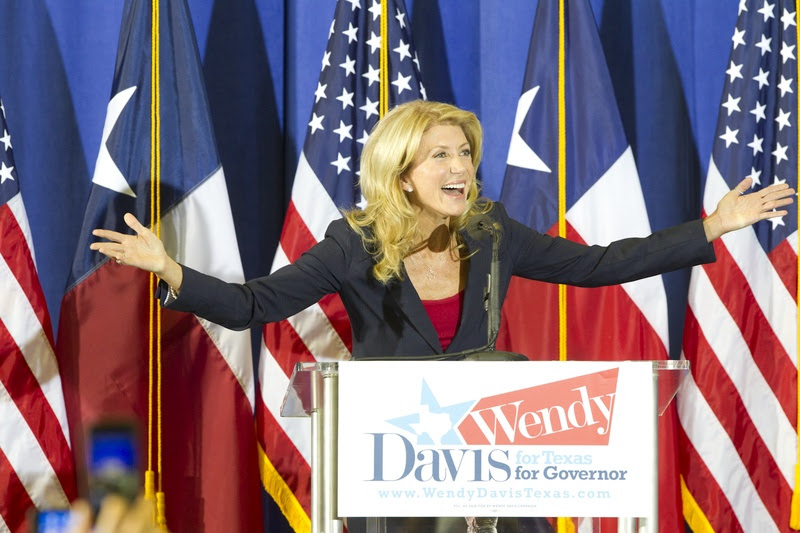 The Texas Teapublicans know her story resonates with Texans all over our state and as her 2011 education filibuster and 2013 filibuster on a woman right to choose demonstrated, she will fight for working class Texans.

They are also quite aware of the fact we 99% Texans want change after 20 years of failed batturd crazy and racist GOP policies geared toward corporations and the wealthy. .

Well, the Texas GOP can't brag on their piss poor record of running thangs in the Lone Star State either for the last 20 years, so the fact they have resorted to attacking Wendy's story tells me how bankrupt and bereft of ideas their party is and their assessment of her chances of winning this November are regardless of the 'she has no chance' rhetoric they comfort themselves with in their conservosphere.   .

But it's sad that Wendy's daughters Amber and Dru even had to write these open letters defending their mom, but their voices and opinions matter in terms of how good a parent their mom is, so tell the truth and shame the conservadevils.  But whatever it takes to shut their sexist mouths the hell up and make sure that next January, it's Wendy J. Davis on the steps of the state capitol in Austin taking the oath of office.


You can read both of the open letters from Dru and Amber Davis here
Posted by Monica Roberts at 12:00 PM