The election of President-elect Michelle Bachelet is already paying dividends for the Chilean transgender community.

Bachelet regained the seat she held from 2006-2010 and while she was gone was appointed the first executive director of the UN Entity for Gender Equality and the Empowerment Of Women, a post she held until March 2013 until she resigned to run for the presidency.

I'm mentioning President-elect Bachelet's backstory to set the stage for the good news coming from this South American nation where there has been positive movement on trans issues since 2012.

Trans activists in Chile began a push that year to enact a trans identity law similar to the one on the eastern side of the Andes in Argentina as their public healthcare plan announced in May 2012 they would begin to cover SRS..

It seems that the Chilean National Congress heard their trans constituents.  They advanced on a 29-0 vote with three abstentions a bill that would allow trans Chileans to legally change their name and gender without surgical intervention, hormonal treatments and psychiatric or psychological evaluations. 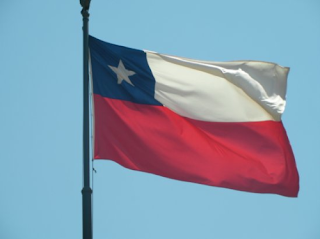 It was a move widely applauded by Chilean rights activists.  The bill is also supported by President-elect Bachelet who returns to office March 11.

"Our lawmakers have recognized our dignity,” Andrés Ignacio Duarte Rivera, founder of the Organization of Transsexuals for the Dignity of Diversity, a Chilean trans advocacy group, told the Washington Blade after the vote.

The deadline to submit proposed amendments to the bill will be March 3, but so far so good for our Chilean trans cousins.
Posted by Monica Roberts at 8:30 AM